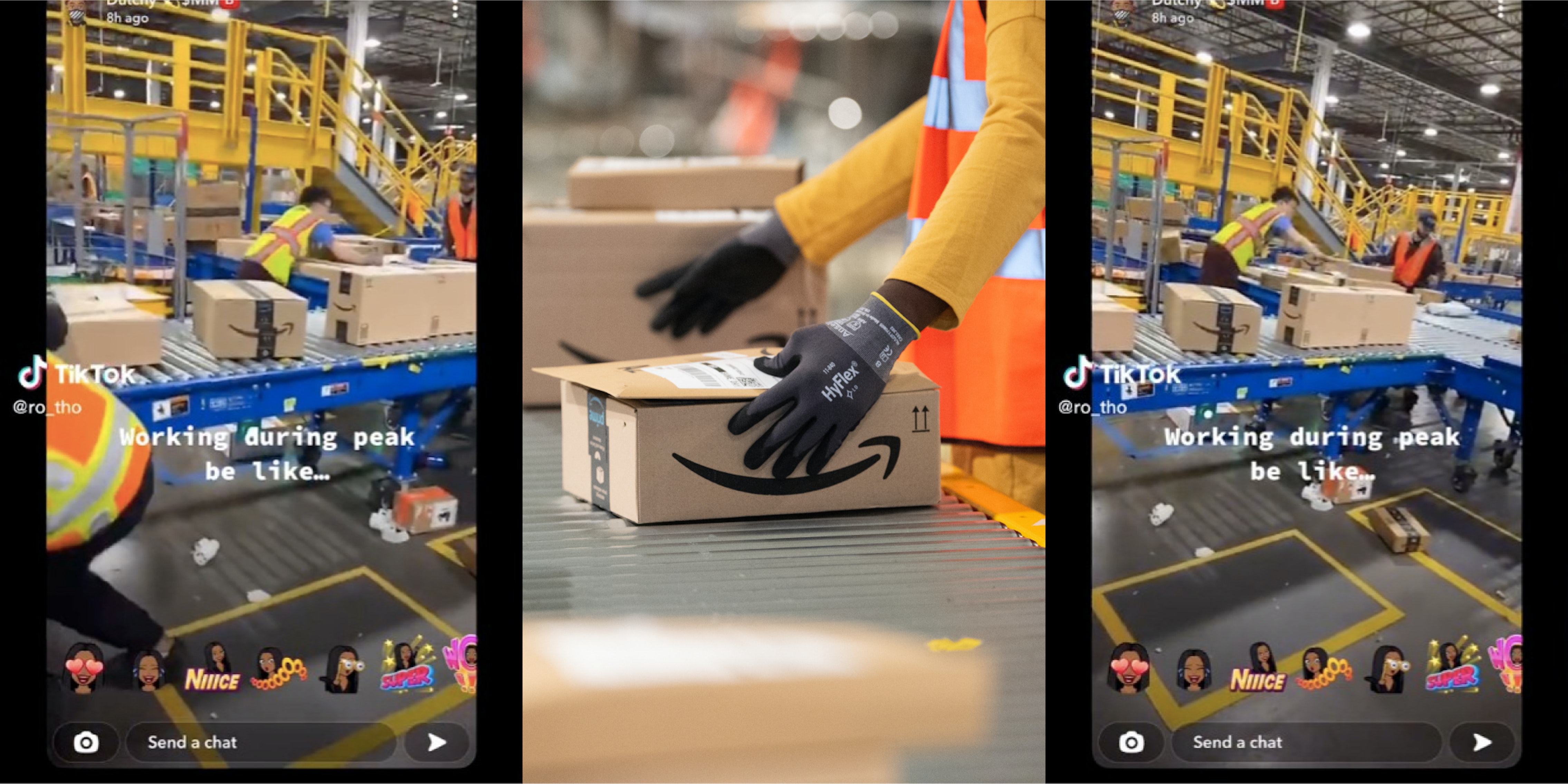 ‘Guy in orange knowing we all get paid the same’: Amazon worker shares what it’s like to work ‘during peak’

'They don't even pay us enough to do all that.'

A video showing a chaotic working environment in an Amazon warehouse has sparked discussion after being posted to TikTok.

“Working during peak be like…,” reads the video’s text overlay.

In the comments section, many users noted the discrepancy between the two employees’ efforts.

“I’m the guy in the orange knowing we all get [paid] the same and the shift ends the same time everyday,” one user wrote.

“Working a lil too hard for job that will replace him within seconds if something bad happens,” a second added.

Other users noted how packages might be damaged if they are handled so aggressively.

“That’s why my stuff came broken,” one user stated.

“Am I the only one who’s confused as to why he’s possibly damaging the packages when it’s literally on a conveyor moving the same direction?” a second asked.

“Headphones arriving to my door with one side working,” another joked.

Further commenters noted that the frantic man appears to be a manager. Many who claimed to have experience in Amazon warehouses said this colored their view of the situation.

“He only going crazy cuz he’s a manger and they never have to work the line and when they do they show out,” one commenter alleged.

“The managers never go on the line and when they do they try and act like they work hard,” another user echoed.

The Daily Dot reached out to Rolanka via Instagram direct message and to Amazon via email.