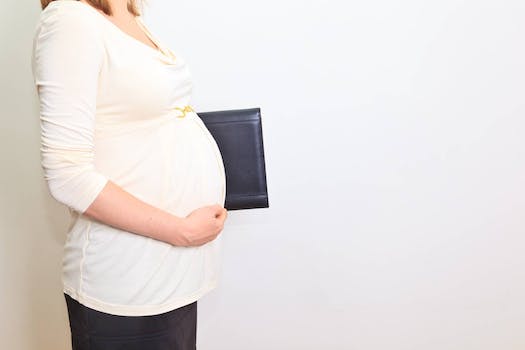 They met with Clinton's campaign on Monday, but will it make a difference?

You may be familiar with Amber Scorah from her op-ed in the New York Times. Last fall, Scorah detailed how she and her partner, Lee, agonized over taking time off work to care for baby Karl. They eventually realized they couldn’t afford to leave their jobs for any longer than Scorah’s three months of paid parental leave, so she enrolled Karl in day care. But when she stopped by at lunch to check in on him on his first day, he was dead.

“If the day care assistant had gone over and picked him up, checked on him, would Karl be alive? I don’t know,” she wrote. “The day care owner had also put Karl down to sleep on his side, which is a known unsafe sleep position. Had he been put down on his back to sleep, would he be alive? I don’t know. I will have to live with questioning this for the rest of my life.”

The pain and doubt of such a loss will be impossibly there forever, but Scorah and another mom whose child died in day care, Ali Dodd, want to take the steps to ensure no other mother has to suffer losing a child this way. Four months ago, they started a petition calling for Clinton and Trump to institute a comprehensive paid parental leave policy in either’s first 100 days as president. So far it has nearly 140k signatures, and the women met with Clinton’s campaign in Brooklyn on Monday.

Clinton has said paid parental leave is an “economic necessity” and she will guarantee 12 weeks of leave at full pay. Scorah and Dodd said they were met graciously by Clinton’s people, “but the question I asked was ‘when?’ and ‘how?’” Scorah told the Daily Dot. “Because this issue has languished for too long, and American families are paying the price every day.” She also said that 12 weeks paid leave is a good first step, but is still far from what most parents need.

“We need to pass job protection legislation beyond that up to six months, so that when a parent’s paid leave has run out, if they have saved enough that they can extend, they should be able to do this without losing their job. Infants are at the highest risk for infant death between the ages of eight weeks and 16 weeks, and 20 percent of these deaths occur in childcare settings.” The women have yet to hear from Trump.

Scorah said both she and Dodd had a “gut feeling” that they were putting their sons in day care too soon. Dodd’s son Shepard was 11 weeks old when was put down for a nap in an unbuckled car seat and died—slipping down and suffocating, because he was “still too little to lift up his own head,” the women write in their petition.

“I fundamentally believe that infants who are only 2 weeks old, 6 weeks old, 10 weeks old, not yet able to hold their own necks up, should not have no option but to be put in child care, if a parent doesn’t feel that they are ready for that yet,” said Scorah.

Scorah has done her homework to back up her claims that children do better when their parents can care for them longer. “Paid leave reduces infant death rates by 13 percent for each month a mother has maternity leave,” she said. “And a study showed that when Norway began offering mothers paid leave in the 70s, there were dramatic effects: Children had lower high school dropout rates, higher rates of college attendance, and higher incomes at age 30.”

Currently, the United States mandates 12 weeks of unpaid leave for parents of newborn or newly adopted children, at companies of 50 or more employees where they have been there for at least a year. So if you work at a smaller company, are a freelancer, haven’t worked for that long, or can’t forego 12 weeks without pay, you’re SOL. The United States is one of just three countries in the world that provides no official paid leave policy. As such, it’s up to individual companies as to whether to provide any, and because they don’t have to, many don’t.

There are also societal pressures at play when taking leave. 70 percent of fathers take 10 days of leave or less, with many citing “breadwinner” stigma impacting their decision not to take more. And even with new mothers, the idea that women should be “leaning in” to their careers sets the precedent for getting back to work quickly. When Marissa Mayer, CEO of Yahoo!, proudly said she would return to work in a few weeks because “I like to stay in the rhythm of things,” the message was clear: Having a kid is fine, but you should really be getting back to work.

Scorah hopes that, whoever becomes president, changes can happen because it is a bi-partisan issue. “I live in New York City, so I don’t know many conservatives,” Scorah said about speaking to Dodd, who identifies as Republican, for the first time. “And as we talked, I realized that though we came from different worlds and had very different belief systems and political philosophies, we agreed wholeheartedly that it was the lack of a universal parental leave policy in the U.S. that may have contributed to our losing our sons.”

Parental leave is also part of a larger conversation about the structural and cultural reasons Americans work so much. Americans reportedly work more than anyone in the industrialized world. We work longer hours and retire later. Recently, a new report says that millennials take less vacation time, and everyone was quick to complain that millennials are ruining it for everyone. But, as Glamour points out, much of that has to do with anxiety about job insecurity and student debt.

“We were forced to make the choice that millions of other American parents have to make: Either quit your job and put your family’s livelihood and health insurance at risk, or return to work and put your infant in childcare,” said Scorah. According to everyone who has signed her petition, those shouldn’t have to be the choices.