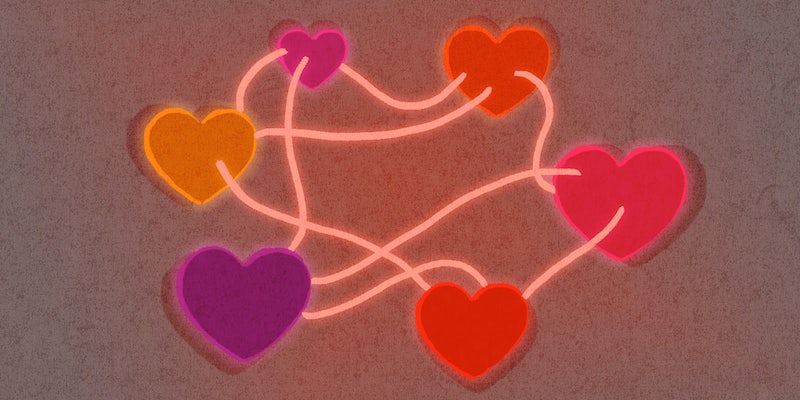 Swiping right can be fun, but it can also be uncomfortable.

You can’t throw a bottle cap in a bar these days without hitting someone swiping through their phone, looking for a new cutie to meet up, hook up and/or shack up with. While online dating has become a completely socially acceptable way of meeting new people, a new study shows some apps have a ways to go toward creating spaces where women feel safe.

According a survey done by Consumers’ Research, the most popular sites and/or apps right now are Tinder and OKCupid. (Note: Consumers’ Research did not return our request for how its data was gathered.) It looked at Tinder, Match, Grindr, eHarmony, and OKCupid to glean some understanding of the behaviors of online daters in the wake of a recent Pew study which showed that online dating has increased among all age groups since 2013. Consumers’ Research also confirmed a learning from a recent OKCupid internal study, which showed that the more messages you put out into the dating ether, the more likely you are to find success. The OKCupid study found that volume of messages received by women has no impact on how many messages they’re likely to respond to, with the takeaway being for men to send a message even if he doesn’t feel confident that he has a shot. Similarly, “those who sent more messages (either initially or in reply to messages received) ended up in relationships more often than those who did not engage in communication,” according to Consumers’ Research.

Oddly enough, when people described which apps led to relationships (of any length), Tinder, OKCupid, Match, and eHarmony all landed within a few percentage points of one another. However, when they specified the length of the relationship, Match (and not eHarmony, which touts itself as being for more serious daters) produced the greatest number of relationships lasting more than one month. A whopping 33 percent reported having relationships lasting longer than six months. 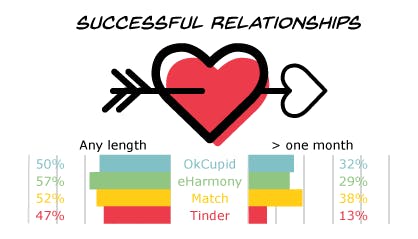 Tinder scored the lowest for those looking for a relationship that lasts (despite its Twitter account’s angry tirade refuting a 2015 Vanity Fair story that claimed it was really just for hooking up): A paltry 13 percent reported relationships beyond the one month mark.

While online dating can be a real crapshoot, the evidence seems to suggest that there really are preferable apps to use, depending on what you’re looking for. And as more apps and sites flood the market, users have even more choices to try to target a specific type of relationship, dodge harassment, and find the right fit.