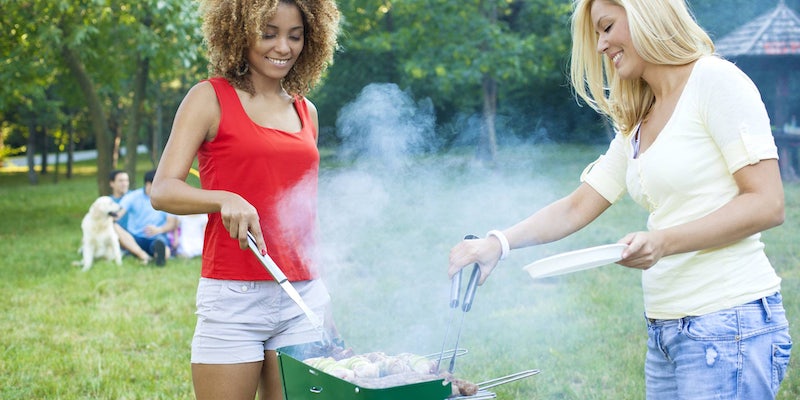 He insists women are 'being paid to go around and raise havoc.'

To an audience of conservative groups on Saturday, Rep. Dave Brat (R-Va.) said he was recently surprised to discover that his constituents are on and appreciate the Affordable Care Act and would like to keep it. In fact, women are up “in my grill” about it, he said.

“Since Obamacare and these issues have come up, the women are in my grill no matter where I go,” Brat said. “They come up—‘When is your next town hall?’ And believe me, it’s not to give positive input.”

Brat dismissed these women’s concerns, though, saying he believes anyone who disagrees with him is paid to do so. “I had one woman on my Facebook say she was going to get up in my grill,” he said. “There’s paid protesters … paid activists on the far left, not my Democratic friends I go to church with. They’re being paid to go around and raise havoc.”

The women who have been bothering him, however, insist they are not being paid.

“Nobody is being paid or put up to this by an outside organization,” Karen Conley told the Richmond Times-Dipatch. “Everybody is putting in their time and effort because they’re dissatisfied with the representation. They feel dismissed, and that their concerns aren’t valid because they’re not being responded to.”