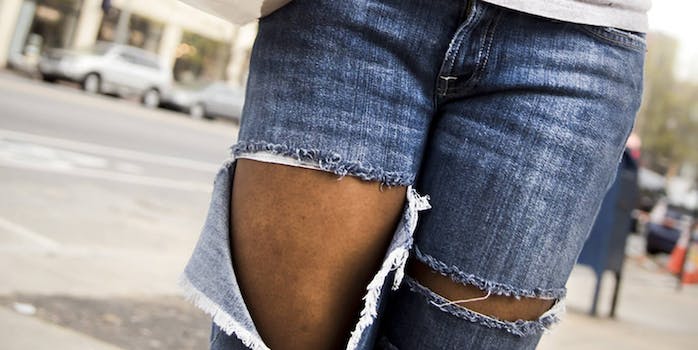 No ripped jeans, no tank tops, no being out past 6pm.

After years of discriminatory rules, women in India are protesting a new set of restrictive dress codes being enforced on college campuses.

Recently, St. Xavier College in Mumbai, a Jesuit university, added ripped jeans to its list of banned clothing items, along with tank tops, shorts, and short dresses. Like many colleges, Xavier also imposes an earlier curfew on female students than male ones.

“In the name of safety, you can’t police women and impose these patriarchal, discriminatory rules,” Devangana Kalita, a former Delhi University student, told Reuters. Kalita is part of the organization Pinjra Tod, which has protested these rules in cities across India.

COME OUT AND PROTEST AGAINST ROUTINE HARASSMENT OF PINJRA TOD ACTIVISTS AND STUDENTS ON UNIVERSITY CAMPUS! THIS THURSDAY! pic.twitter.com/NNuodadagp

Colleges are defending the dress codes, saying they encourage modesty, and that parents will complain if their daughters aren’t “protected.” Critics say the policies, especially curfews, keep women from accessing work opportunities available to male students. But they also encourage a culture of victim blaming, in which women are told to stay inside and dress modestly to avoid attacks, instead of men being taught not to attack and victimize women no matter what they’re wearing or what time of day it is.