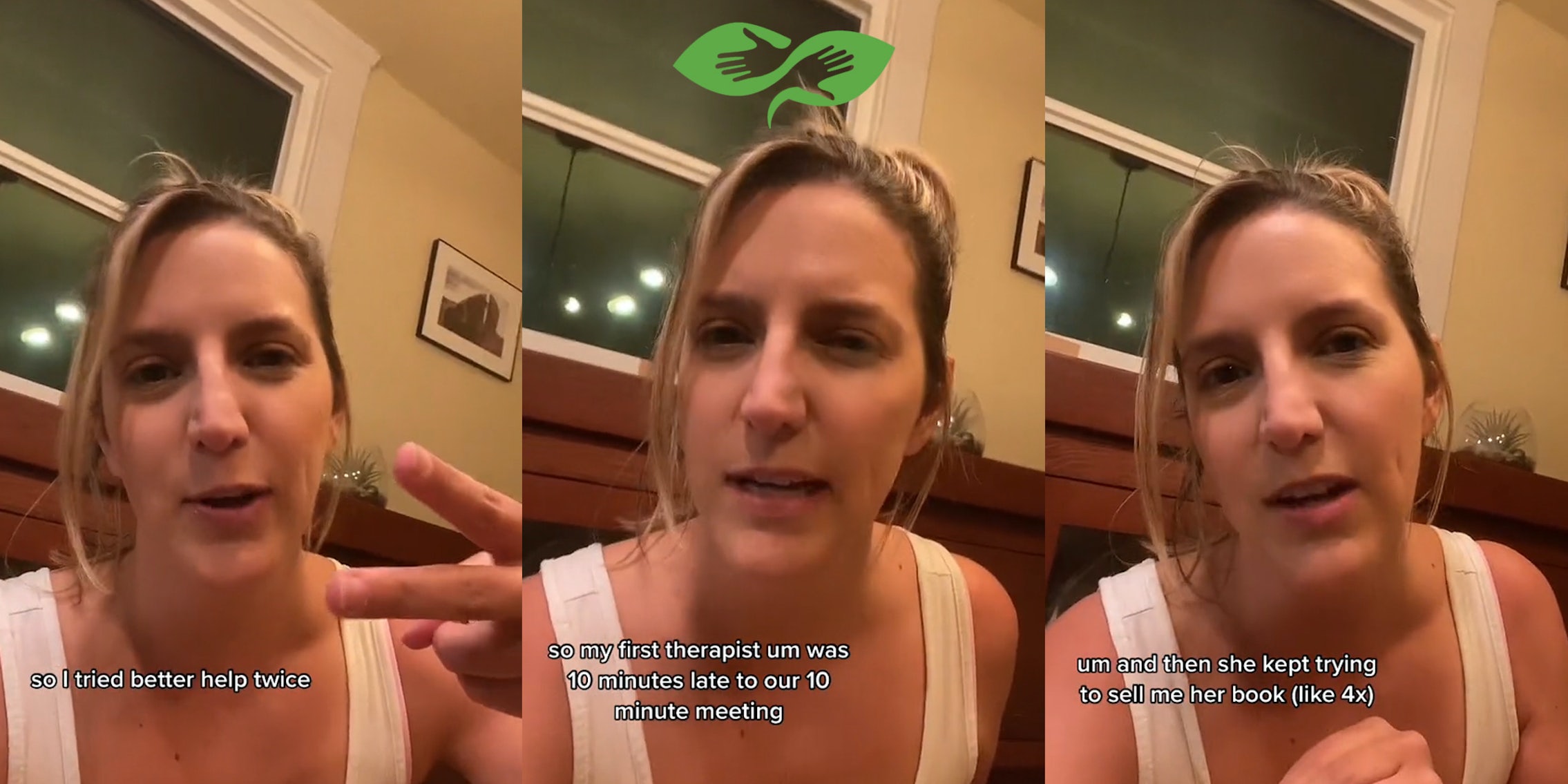 ‘Are these people not actually licensed therapists!?’ Woman says BetterHelp therapist was late to their session then tried to sell her her book

'I told my BetterHelp therapist I was depressed and he said maybe it’s my time of the month.'

In a viral video with over 1.2 million views, TikToker Lauren (@oh_thats_lauren) stitched another TikToker who called out the mental health platform BetterHelp. The company has received endorsements from influencers, podcasters, and YouTubers as they promote online mental health services.

“How many years do you think it’s going to be before we see a true crime documentary about BetterHelp?” the original video creator, @mojojojokes, asked.

Lauren explains that she went through two therapists while using BetterHelp. The first woman, according to the creator, was 10 minutes late to their 10-minute meeting.

“I told her about something and it was like something traumatic for me and she focused so much on the other people’s pronouns and sexuality that like the story didn’t even matter at this point,” she says.

The therapist allegedly also tried to sell her book to Lauren about four times. Lauren says she reached out to BetterHelp, got a refund, and requested another therapist. The new therapist missed their first meeting and after setting a second meeting, he also missed that one.

According to BetterHelp’s site, the company “offers access to licensed, trained, experienced, and accredited psychologists (PhD/PsyD), marriage and family therapists (LMFT), clinical social workers (:CSW/LMSW), and board licensed professional counselors (LPC).” The site clarified that all company therapists have “at least 3 years and 1,000 hours of hands-on experience.”

In the comments section, users shared their experiences with the company.

“A therapist on BetterHelp once tried to convince me into adoption because ‘her friends really wanted a baby’ when I found out I was pregnant and was scared,” one user shared.

“My BetterHelp therapist would be cooking her meals while talking to me about my problems. I felt like I was disturbing her from her daily activities,” another commented.

“What makes me sad is that all these podcasts I listen to promote BetterHelp like it’s the best thing ever,” a third user said.

The Daily Dot reached out to Lauren via TikTok comment and BetterHelp via email.