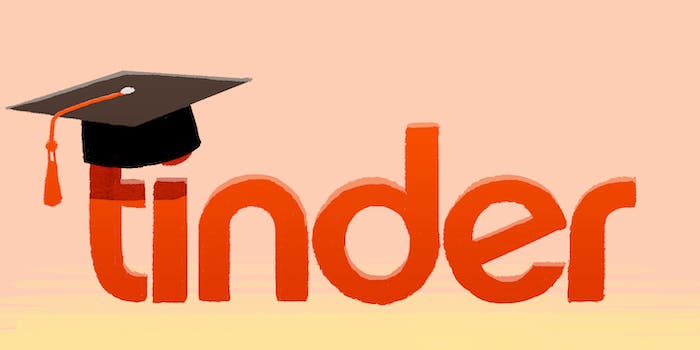 After suffering 3 assaults, this woman is using Facebook to find her attacker

She made her own police sketch online and is using it to find the perp.

One year ago, 29-year-old Lyndsey Aho moved from Michigan to Marlborough, Massachusetts and took a job as a waitress at Welly’s Restaurant,  which she calls “a community staple.” In the short time she has lived here, Aho has seen both the best and worst of what the small city has to offer: She was physically assaulted on three separate occasions but she has also received support from the community in ways she could not have imagined.

In September, Aho was followed, harassed, and assaulted by the same man three different times in the area surrounding her apartment complex. As she recounted in an interview with local news station WMCT-TV, the first incident occurred on her way back from grocery shopping after noticing a man walking directly behind her:

“I was walking on a path, so I kind of stumbled, and he grabbed me to steady me. But he grabbed me by the shoulder and by the crotch. And I thought that maybe it was just an accident, but then he offered me money for sexual favors, and then he grabbed my crotch again.”

The third incident scared Aho, a petite brunette, the most. “I turned around before entering the gym just as a precaution, and the kid was right behind me,” she told The Daily Dot in an email. “[That] terrified me, because the two times he attacked me before then, it kind of seemed opportunistic, but then it was obvious that he must actually be following/watching me.”

Aho suspects that the assailant lives in her apartment complex or in an adjacent complex. As a result, she has been on edge since the attacks occurred. “It’s just a violation of my whole life, basically,” she told WMCT-TV. “I just feel like I can’t live my life, which is awful.”

Aho called the police after each incident and while they were attentive and helpful in their interactions with her, she found their advice challenging, if not impossible, to implement. “[The police] kept telling me to try to get a picture of him, which a) is a little hard to do when you’re being attacked, and b) is pretty much pointless when you have a phone that is one step up from a flip phone,” she explained.

After three incidents, Aho grew increasingly frustrated by the lack of progress. Concerned that little work was truly being done to track down her assailant, she decided to take part of a standard police investigation into her own hands. So she opened a browser, drew her own sketch of the perpetrator using a site she found online, and posted it on Facebook.

“I just Googled online police sketch generator figuring it had to be a thing, which it is,” Aho told The Daily Dot. She used Ultimate Flash Face, a site and app that allows users to pick from a variety of criminal sketch-like hairstyles, glasses, noses, eyes, eyes, lips and facial hair.

“[I] sent it to the detective working on my case and also shared it on Facebook,” Aho explained. “I hadn’t heard of anyone doing that before, but obviously we’re all aware of the reaches of social media, and it at least made me feel like I was taking control of the situation to some degree.” 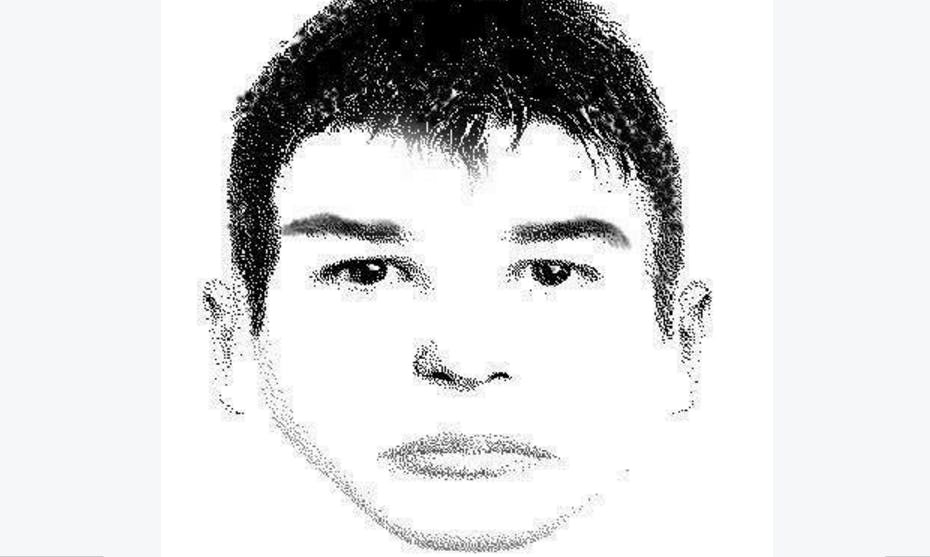 One of the people who shared the police sketch of Aho’s alleged assailant was her boss. Welly’s manager Leo DeSouza was outraged by what had happened to his employee and took the unusual move of sharing the sketch on Welly’s Facebook page. Many businesses would rather not share negative stories on social media. DeSouza, however, is convinced him that this was an important gesture to find her assailant.

“I figured we should spread the news and the picture outside our circle, and hopefully this person will get caught,” DeSouza told the Daily Dot. “[Street harassment is] a real issue. It happens to women everywhere, and at times they feel embarrassed, shy, and guilty about what happens. But I think it should be the opposite.”

As the Marlborough Police Department’s investigation is active, they were not at liberty to comment on the specific details of the case or Aho’s leads. However, Lieutenant David Giorgi told The Daily Dot that, while the news of Aho’s sketch and social media postings caught him by surprise, her actions have ultimately benefitted the investigation, given the increase in calls and leads related to Aho’s case since the post spread throughout the Marlborough community.

“We were unaware that she was making [the sketch],” said Lt. Giorgi. “It might be best if she had let us create the sketch; there are artists that we can contact. But it’s not hurting the case, I don’t think. It’s generated some calls. I understand why she did it.”

When should victim take matters into their own hands?

Those who are concerned about the overreaches of social media may find that Aho’s case brings up unfortunate memories of another criminal investigation in Massachusetts. In 2013, while the FBI was investigating the Boston Marathon bombing, vigilantes on Reddit circulated the photos of men who appeared to match the description of the attackers—but who were ultimately innocent, thus derailing the search. Is it possible that Aho’s actions could lead to a similar witch hunt?

Unlikely, says attorney Bradley Shear, a leading expert in social media law. “The sketch of the person is her opinion of who allegedly attacked her,” he told The Daily Dot, explaining that because the sketch is inherently subjective and does not have the name of a suspect attached to it, it isn’t defamatory. “She’s stating, ‘this is who I believe attacked me.’ I think it would be very difficult for someone to come out and say they were being slandered or libeled.”

Lawyer Kevin Poulter agreed, explaining that it is actually becoming more common for police departments to utilize social media during investigations. “Sharing certain pieces of evidence—limited facts, photos and CCTV footage—on social media and the onward sharing of that information has assisted the police in their enquiries and in making some high profile arrests internationally,” he told The Daily Dot.

But Poulter added that cooperation with local authorities is imperative before one decides to share sensitive information on social media:

“If anyone has been the victim of or witnessed a crime, it is essential that they inform the authorities and work with them to identify any potential culprits. Taking the law into your own hands can not only be dangerous, but risks destroying the lives of innocent people who are wrongly accused or worse.”

To that end, Lt. Giorgi offered an important suggestion to other victims of street harassment who hear of Aho’s actions and feel inspired to create amateur sketches: “At least contact the police and let them know what your intentions are [before publicizing your own sketch]. That way, the police can be on the same page about what’s being released and put out there.”

Aho and DeSouza don’t doubt that their decision to share the sketch on Facebook was the correct one. They were blown away by the community response to the Welly’s Facebook posting—to date, the sketch has been shared over 1,200 times, and within the first three days after the post went live, it had reached over 50,000 people.

“Countless people have offered me help in everything, from walks home to loaning me their guns (which, like, I’m not into for a number of reasons, but I appreciate the sentiment),” told the Daily Dot. She characterized the support she has received as “awesome.” Along with buying a knife and pepper spray that same day, drawing her own sketch made Aho feel far more empowered. “If nothing else, it’s just nice to feel not like a helpless victim,” she said.

Though the perpetrator is still at large, Aho has also been in touch with Marlborough locals who recognize the man depicted in the sketch:

“I’ve spoken on the phone to a woman [who] thinks she’s seen the same man lurking around her 9-year-old daughter and her friends in her [apartment] complex, which is near mine…I also spoke to a man who lives right next to my complex, and he thinks this kid is his neighbor. He told me that if he sees him, he’ll ‘call the cops and pin the kid down until they get there.”

She added, “I’ve gotten a lot of support and some decent leads, which is 1000x more than I had before I turned to social media.”