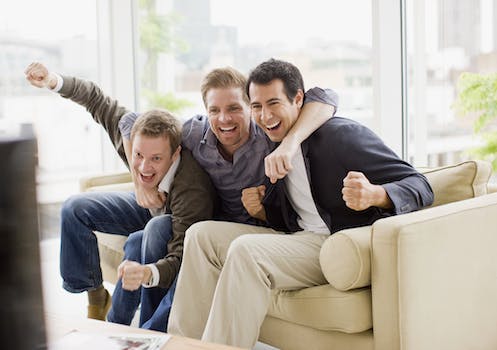 It's voluntary and not-for-credit, but he's still mad!

Wisconsin Sen. Steve Nass’s adversarial relationship with the University of Wisconsin system has been well-documented. He has served as chair of the Assembly’s Colleges and Universities Committee, and has openly attempted to cut funding to university programs he deems  “too far to the left.” So it’s no surprise he’s not too happy about a UW-Madison workshop about masculinity and its effect on culture.

The six-week voluntary, not-for-credit program called “The Men’s Project” is open to any male-identifying student. Similar courses have been offered at UNC and the University of Arizona. In a blog post from UW-Madison’s Multicultural Student Center, the program is described as a discussion of masculinity and the messages around it, and how it relates to pop culture, sexuality, and violence.

“I realized vulnerability can be a choice you make actively,” said one participating student. “You can choose not to identify with certain types of masculinity and identify with parts you want to. I feel like when masculinity becomes a choice as opposed to something people are telling you to do, you live such a better life.”

However, Nass thinks dissecting our culture and its influences (you know, like what college is for) is not what he pays UW to do. AP reports that he sent an email to fellow lawmakers with the subject “UW-Madison Declares War on Men and their Masculinity—Not a Joke,” and writes, “In short, the highly paid leaders at UW-Madison now believe that Wisconsin mothers and fathers have done a poor job of raising their boys by trying to instill in them the values and characteristics necessary in becoming a Man.”

What many see at the heart of “toxic masculinity” is a sense of men’s superiority and entitlement—especially over women and their bodies. Last fall, UW-Madison dealt with the case of an undergraduate senior who allegedly sexually assaulted five women over 18 months. Alec Cook was charged “with raping another student for more than two hours in his apartment on Oct. 12,” and other women corroborated with stories of him forcefully kissing, groping, and even drugging them. Police also found a journal detailing Cook’s stalking.

Nass has also taken issue with classes surrounding race, previously railing against a course at UW-Wisconsin called “The Problem of Whiteness.” Also, after two white UW-Whitewater students were called “racist” by the school’s chancellor for posting a photo of themselves wearing black cosmetic masks, Nass responded by saying, “The racial overreaction of Chancellor Beverly Kopper and other UW-Whitewater administrators without first checking the facts of the situation is a stark example of how political correctness has warped the mindset of highly educated university administrators.”

Nass is not alone in his reasoning. Research has shown that many white men don’t think much about what it means to be a white man. In Intercultural Communication: A Reader, the authors state that “this lack of consciousness on the part of whites is possible only because of the power associated with being white.” The same thing goes for gender. “When questioned about identity, males will often not mention gender,” they write. “They just don’t think about it, whereas women are more likely to be aware of how gender is a part of their identity.”

Maybe Nass doesn’t think studying whiteness or masculinity is important because he views them as some sort of norm. Or maybe he’s afraid that if too many people learn about why traditional masculinity looks the way it does, people will stop supporting political parties that value traditional gender roles.