Your wireless router could be murdering your houseplants

Are you slowly killing your plants? Probably! But there might be a reason (other than neglect) why they're all yellow.

Are you slowly killing your houseplants? Probably! But there might be a reason (other than neglect) why they’re all yellow and wilty: your Wi-Fi router.

An experiment by a handful of high school students in Denmark has sparked some serious international interest in the scientific community.

Five ninth-grade girls at Hjallerup School in North Jutland, Denmark, noticed they had trouble concentrating after sleeping with their mobile phones at their bedsides. They tried to figure out why. The school obviously doesn’t have the equipment to test human brain waves, so the girls decided to do a more rudimentary experiment.

They placed six trays of garden cress seeds next to Wi-Fi routers that emitted roughly the same microwave radiation as a mobile phone. Then they placed six more trays of seeds in a separate room without routers. The girls controlled both environments for room temperature, sunlight and water.

After 12 days, they found the garden cress seeds in the routerless room had exploded into bushy greenery, while the seeds next to the Wi-Fi routers were brown, shriveled, and even mutated. See for yourself:

Teacher Kim Horsevad told the Daily Dot that her students did the test twice with the same results. She was quick to point out that while the students did the experiment to test only one variable to the best of their ability, it is a high school experiment and this isn’t a professional study.

“Some of the local debate has been whether the effects were due the cress seeds drying up because of heat from the computers or Access Points used in the experiment, which is a suggestion I can thoroughly refute,” Horsevad said. “The pupils were painstakingly careful in keeping the conditions for both groups similar. The cress seeds in both groups were kept sufficiently moist during the whole experiment, and the temperature were controlled thermostatically. The computers were placed so that the heat would not affect the seeds, which was verified by temperature measurements. Still, there may be confounders which neither the pupils or I have been aware of, but I cannot imagine what they would be.”

She said the results are clearly dramatic and could trigger additional research. Two scientists, neuroscience professor Olle Johanssen at the Karolinska Institutet in Sweden and Dr. Andrew Goldsworthy at the Imperial College in London, have both expressed an interest in the experiment and may repeat it in a professional lab environment. 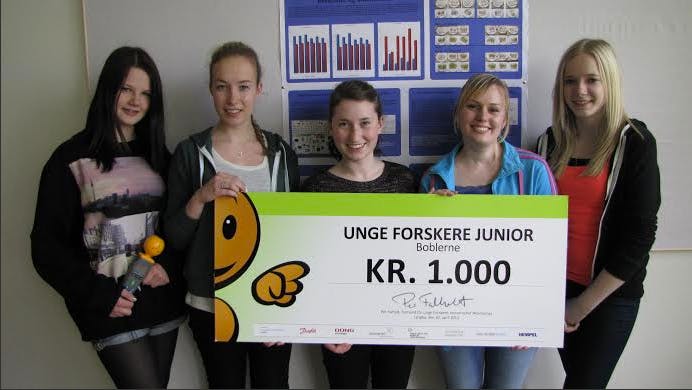 Perhaps coolest of all, the students were awarded for their work at the Danish national science fair.