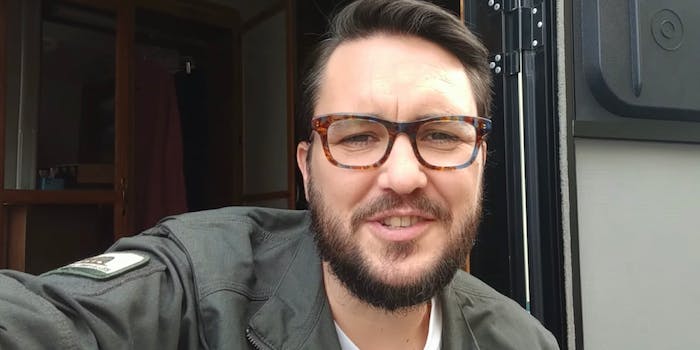 What won't be flagged?

Tumblr is coming under fire after its recent announcement that flagging and removing all pornographic and sexual content from its site. A particularly vocal opponent of the new policy is Wil Wheaton, who tested out the site’s new censors and found interesting results.

Wheaton started by reblogging images that contained at least partial nudity of women. Some images had been shared by artists who claimed that their art was no longer acceptable on Tumblr. “Tumblr is meant to be an artistic platform. Are you also going to ban classical nude paintings and sculptures?” Wheaton wrote.

Wheaton also provided screenshots of his image searches that included the terms “beautiful men kissing” and “beautiful couples kissing.” The second search only turned up heterosexual couples, but both posts were flagged. “It’s stupid, but at least it’s consistent, I guess?”

In a lengthy post, Wheaton dismissed Tumblr’s sex ban, claiming that the new policy disproportionately affects marginalized communities. He also called for Tumblr to address the several complainants and resolve the issue.

“According to marginalized and vulnerable people, this change in policy will directly hurt them, and that’s indefensible,” Wheaton wrote. “You have worked so hard to create and maintain a safe space for each other, and I’m embarrassed, appalled, and furious that people who look like me are making your lives—hell, your very existence—so hard.”

Tumblr’s new policy has been strongly criticized by NSFW artists and sex workers who say the change will force them to shut down their accounts.