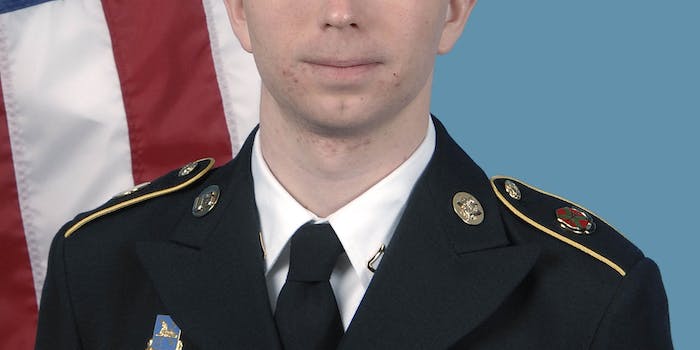 Why you should care about the Bradley Manning trial

Here's what you need to know about the alleged Wikileaks associate and how is trial affects you.

Bradley Manning is a United States Army private accused of passing classified military and diplomatic documents to WikiLeaks, the whistle-blowing document-sharing website. He was arrested in May 2010 on a variety of charges, including the capital offense of “aiding the enemy,” fraud, espionage, and theft.

The thing that makes examining what Manning did so difficult is that people tend either hold him up as a savior or loathe him as a devil. A number of things have happened in the last month that justify a concise recap of what Manning is alleged to have done and why it is important.

Manning has already finished a 10-day pretrial hearing on what his attorneys are calling unlawful pretrial punishment. They maintain his treatment in the Quantico Marine Brig was so off the reservation that it constitutes punishment of a defendant who is yet to have been found guilty, making the charges he faces moot.

If his attorney’s arguments prevail, Manning could wind up released, with either the charges against him dismissed, or his being sentenced to time served.

Kevin Gosztola explained Manning’s defense teams plans in his live-blogging of the hearing on The Dissenter.

“There is no question as to what the defense will put forward in their closing argument. They will argue officers at the brig made a decision to hold Manning in the harshest conditions possible, regardless of his psychological health. They will present details to the judge to support their belief that this treatment was a ‘flagrant violation’ of Manning’s ‘constitutional rights’ and Judge Army Col. Denise Lind should dismiss all charges with prejudice. If she does not wish to dismiss the charges, they will urge her to, at minimum, grant relief in the form of a 10-for-1 sentencing credit for the 258 days PFC Manning inappropriately spent in the equivalent of solitary confinement.”

This week Manning has also been named Person of the Year by esteemed British news organization The Guardian. (He is also a nominee for the Nobel Peace Prize.)

At the same time, this country’s erstwhile “newspaper of record,” the New York Times, elected not to cover the trial, despite Manning testifying there for the first time since his arrest. The Times was strongly criticized for it by, among others, The New Republic and its own readers. The paper’s public editor, Margaret Sullivan, agreed with the criticism in a column last week.

“In failing to send its own reporter to cover the fascinating and important pretrial testimony of Bradley Manning,”” she wrote, “The New York Times missed the boat.”

The decision on the charges in the pretrial hearing is expected by the middle of January. Should the charges against Manning not be dismissed, the trial, which has been pushed back from February, is now scheduled to begin in March.

Because the issues and evidence in the case intersect issues of national interest repeatedly, one of the criticisms brought against the way Manning is being prosecuted is the frequent censorship of evidence. In a military trial, any materials designated as secret or as potentially effecting the prosecution of war, the safety of military personnel, or the prosecution of war can be ruled inadmissible or can be admitted but not allowed to be reported upon.

Emma Cape, campaign organizer for Bradley Manning Support Network and Courage to Resist, told the Daily Dot that one of the central issues in the Manning case, and one that has significance to American citizens at large, is that of “overclassification.”

“This case is unprecedented,” she said, “because it’s the first time an American has been charged with ‘aiding the enemy’ for making information public.” (Italics added for emphasis.)

“In the U.S. we have a problem with overclassification, because government workers are not held accountable for classifying things unnecessarily, so they err on the side of caution. As a result, lots of things are classified for political reasons, rather than strict national security reasons… We think attacking our system’s problem with overclassification is one way to better hold our leaders accountable for their actions in the U.S. and worldwide.”

An issue we frequently encounter with high-profile prosecutions is what they say about our priorities. Those defending Manning believe his case indicates a set of priorities that are criminally out of whack. He faces life in prison, Cape said, whereas a number of American soldiers found guilty of killing civilians have received much less stringent sentences. (It’s important to note that Manning has not been found guilty of anything yet, much less sentenced.)

Perhaps the most important implication for the Manning case on Americans as a whole is how it might affect future decisions on whether to share important information with each other, and the creation and maintenance of places and tools with which to do that sharing.

“The harsh prosecution of those attached to WikiLeaks could easily frighten away other similar experiments involving using the net to enhance democracy,” Cape said. “Without such experiments in reshaping our government, we are just stuck with the system we have, including all of its flaws, corporate influence, and our remarkably undemocratic foreign conflicts.”

Emails and calls to military and other sources to explain the government’s side of the Manning case were refused or went unreturned.

Photo of Bradley Manning via Wikipedia