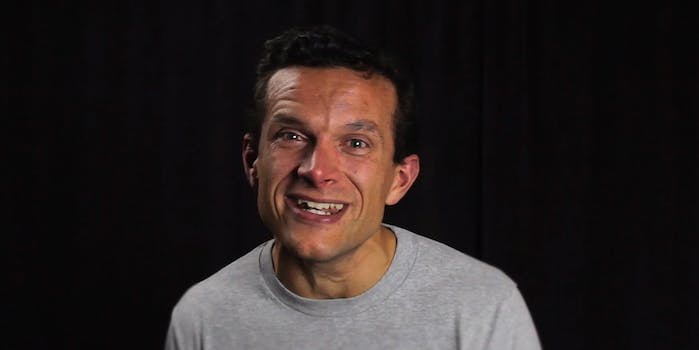 This video about ‘hilarious’ rape is not what you think

And as soon as you realize that, the whole thing takes a sudden and heartbreaking turn.

Vaudeville comedian Andrew Bailey published a YouTube video this week that shows the societal pressure to remain silent endured by male victims of sexual assault and the psychological harm that ensues.

The video received more than 200,000 views in its first 48 hours. Without a doubt, the title of Bailey’s monologue is largely responsible.

It seems “Why Rape Is Sincerely Hilarious” is primarily attracting hate-clicks from enraged YouTubers. Shortly into the performance, however, those offended by Bailey’s words are relieved to discover the duplicity in their meaning. And that’s when the whole thing takes a sudden and heartbreaking turn.

“There will be triggers for some viewers but, if you watch, please watch the whole thing before passing judgment,” the description warns.