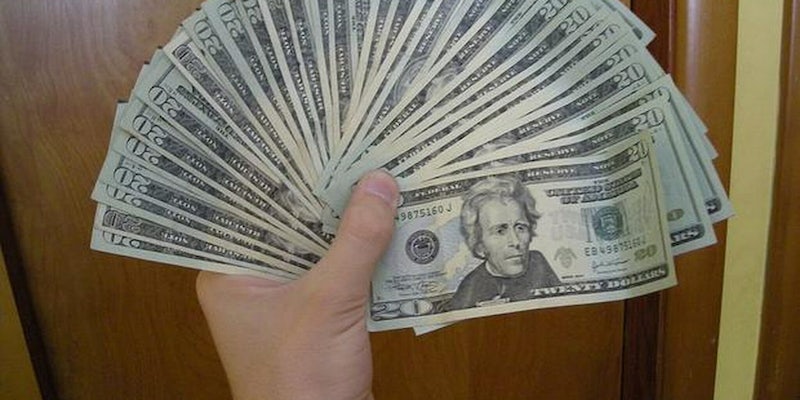 'I got really tired of saying, ‘White people need to pay for my therapy!’ after encountering racism.'

One of the key lessons of the #BlackLivesMatter movement is that racial and economic justice are inextricably linked. Fighting for one without the other is a losing battle; it’s why the case for reparations is gaining support. And because systemic inequalities cannot be dismantled overnight, addressing these large-scale crises often involve work on a much smaller scale, with individuals finding ways to shift power dynamics within their immediate families, social circles, and local communities.

For Rinna Rem, the issue of racial and economic justice is of both personal and practical importance. Rem is a 29-year-old Thai-Cambodian woman living in the Portland, Oregon metropolitan area. She has Marfan syndrome, a chronic illness affecting her connective tissues and heart, and her condition is compounded by the stress she feels from the racism she endures on a daily basis. She copes with these issues during her bi-weekly therapy appointments. However, after paying for treatment for so long on her own, she’s decided to ask the very people contributing to her distress to chip in.

Two week ago, Rem launched a crowdfunding campaign, titled “White Friends, Pay For My Therapy,” on YouCaring, a self-described “compassionate crowdfunding” platfom. She promises that all funds raised will cover her therapy and mental healthcare.

For Rem, the creation of the campaign was a logical next step. “I got really tired of saying, ‘White people need to pay for my therapy!’ after encountering racism over and over again,” she told the Daily Dot in an email. “I wanted to put my own words into action.”

The fact that Rem lives in the Portland area is critical to understanding her experiences. The 2010 U.S. Census found that Portland’s population is 76 percent white. There is historic precedence for Portland’s whiteness; until 1926, it was illegal for Black people to move to Oregon at all. Oregon’s racist reputation remains entrenched today; microaggressions and overtly racist incidents are regularly reported on the Tumblr Shit White People Say To Black & Brown Folks in PDX. It’s no wonder, then, that the racial climate in Portland could feel toxic and unhealthy to people of color there.

Still, Rem isn’t interested in leaving her home. “If you’re asking, ‘Why doesn’t she just move away from Portland?,’ you’re no different to me than the people who tell me, ‘Go back to your own country!’” she wrote on her YouCaring page. “I shouldn’t have to deal with racism anywhere and I shouldn’t be expected to abandon my hometown and family either.”

In the two weeks since Rem launched her campaign, she’s raised over $1,000 in support of her $1,200 goal. Her therapy appointments currently cost her $100 per month, so when she reaches her goal, she will have enough money to pay for a year’s worth of counseling. She’s thrilled—and surprised—by the immediate outpouring of support.

“I expected to get support from local white friends, but maybe just a few hundred dollars total,” Rem told the Daily Dot in an email. “I never expected to raise so much so quickly and from so many strangers! People have reached out from even outside of the U.S. People with Marfan Syndrome have reached out, too.”

And, as requested, most—though not all—of her supporters are white. “From the donors I know personally, all of them have been white except for two friends of color,” she explained. “A lot of my friends of color have told me they want to donate but I tell them, ‘No no no, this is for my white friends.’”

Though the support has been overwhelming, so has the backlash. Redditor “Lucky-Star” posted Rem’s campaign to /r/TumblrInAction, a subreddit devoted to mocking content associated with “social justice warriors.” The post has close to 2,500 points, with a 96 percent upvote rate. Unsurprisingly, this negative publicity from Reddit has led to Rem receiving a considerable amount of hate mail, some of which she has screencapped and posted to her campaign page.

The backlash has not deterred her plans, however. On the contrary, the negative messages Rem has received only prove her point and have encouraged her to increase her fundraising goal. “My initial fundraising goal was $600, but I raised it to $1,200 after the first spurt of hate mail and the Reddit page came out,” she told the Daily Dot. “That caused more emotional distress, which I knew I would spend a lot of time processing in therapy.”

Even if some white people have had difficulty understanding the need for the campaign, Rem’s words have struck a chord with many people of color. “Responses from friends of color have been, ‘Wow, I wish I had thought of that,’ or, ‘Reparations, fuck yeah!’” she said.

Rem is not the first person to turn to crowdfunding to call attention to the economic disparities that disproportionately affect people of color. Last summer, Yaya M made headlines when she launched her “I need some white privilege!” campaign on GoFundMe. Yaya raised over $5,000, offering tongue-in-cheek perks to white donors. “In return for paying for my white privilege, I would love to give you some ‘black privilege’ in return!” Yaya wrote on the campaign page. “Yes, it is difficult being a black person but there are some neat perks, as you will discover if you donate!” For $5, Yaya would be your black friend; for $65, she would let you to touch her hair without asking; for $200, she offered to dress like a cop and harass you on the street “for what will seem like no reason.” Where Yaya’s campaign was largely satirical, however, Rem’s is very sincere.

Should she exceed her $1,200 goal, Rem plans to start therapy on a weekly, rather than bi-weekly, basis. To monitor her progress or to support her campaign, visit her page on YouCaring.