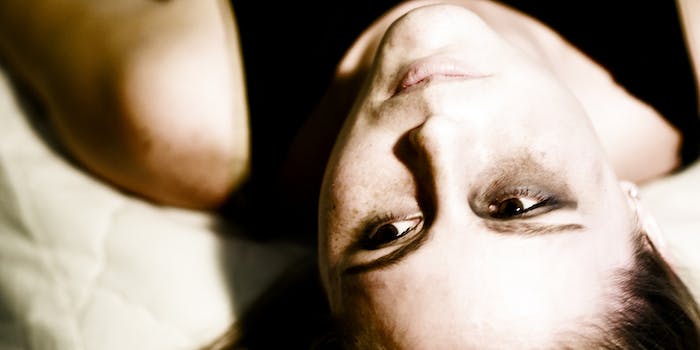 ‘When Women Refuse’: What happens to women who say no to men

A disturbing compilation of news stories about what happens to women who turn down the sexual advances of men like Elliot Rodger.

The UCSB shootings last weekend and the misogynistic, hate-fueled rantings of shooting suspect Elliot Rodger spawned an outpouring of emotional responses on social media, some of which were more enlightening and constructive than others.

One of the most powerful of these responses is the Tumblr When Women Refuse, a compilation of news stories about just what happens when women turn down the sexual advances of men like Rodger.

“When Women Refuse” Tumblr. Cause these are just isolated incidents and the work of madmen. https://t.co/4jjAbtXsGf #YesAllWomen

A companion to the #YesAllWomen hashtag that surfaced in response to the UCSB shootings, When Women Refuse is full of harrowing tales of the bloody consequences of women refusing men’s sexual overtures.

There’s the 16-year-old Connecticut girl, stabbed to death by a classmate after refusing to go to prom with him. There’s the Baltimore teen who fatally shot a pregnant woman when she declined to have sex with him and his brother. And there’s the New Jersey man who tossed his fiancée’s baby’s car seat into a creek, with the baby still in it, after she broke off their engagement.

The purpose of the Tumblr is to prove just how pervasive the fear of male violence is among women, and that the UCSB shootings “were not just an isolated incident,” said When Women Refuse cofounder Deanna Zandt, the founder of digital strategy agency Lux Digital. In the wake of the shootings, “there were a lot of men in my social networks, most of them well-meaning, saying not all men use that type of violence, and that we only hear about these spectacular stories in the mainstream news,” she told me in a phone call. “And women were like, ‘No, this happens all the time.’”

On Monday afternoon, Zandt noticed that writer and activist Kate Harding was collecting stories on her Facebook page about women who had been the victims of male violence after rebuffing their sexual advances. Since compiling the links on When Women Refuse yesterday afternoon, Zandt has since received more than 20 submissions from men and women, and has found more stories on Google News. “There are probably five examples of this happening in the last month alone,” she said. “It’s scary. They’re actually not that hard to find.”

With the exception of one angry tweet from someone associated with Reddit’s MRA group, the response so far has been “overwhelmingly positive,” said Zandt. She’s particularly happy with the feedback she’s gotten from men who visit the Tumblr.

“All of the men are posting things like, ‘Oh my God, this is sickening, I had no idea,’” she said. “I think a lot of men really have no idea that this is a fear women face every single day. … This seems to be a prime moment to create that tapestry for folks, and refute the idea that this is a personal thing and an isolated incident.”

The Tumblr also prompted a great deal of soul-searching from men in Zandt’s social networks, even those who may have sympathized with or experienced the same feelings as Rodger. She was particularly struck by a Facebook post from a former intern of hers, describing how he identified with the feelings of bitterness and isolation Rodger recounts in his manifesto.

“His way out was to talk about these feelings with people,” said Zandt. “While the majority response [from men] has been, ‘No, I don’t feel that way, it’s that guy over there and he’s crazy,’ I feel like there are more men who feel the way [Rodger did] and want to have a conversation about it, and that’s a conversation I’m ready to have, too. If we create a space for those people willing to have that conversation, that’s also super valuable.”