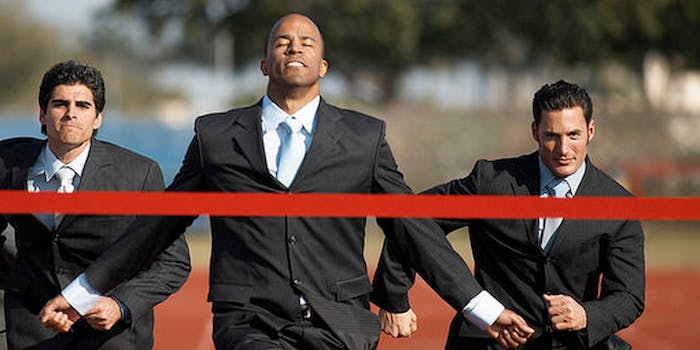 This is what International Men’s Day is really about

It actually has a quite serious objective.

You might be hesitant to wish someone a Happy International Men’s Day and much of the Internet is confused right along with you. After all, don’t we celebrate the accomplishments of men every day in some way?

or as it's also called

It turns out, however, there is a more serious reason behind this designated Thursday. International Men’s Day can be traced back to an op-ed by an American journalist named John P. Harris, who wrote wrote in 1968 that men in the Soviet Union deserved a day just like the women did. “This strikes me as unwarranted discrimination and rank injustice,” he wrote. 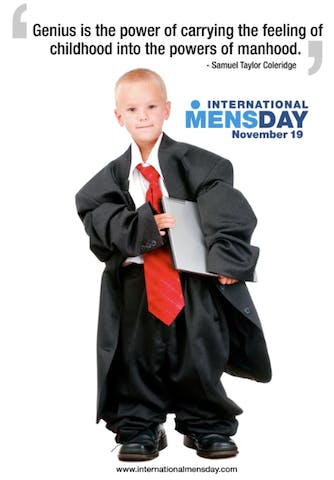 1) To promote positive male role models; not just movie stars and sports men but everyday, working class men who are living decent, honest lives.
2) To celebrate men’s positive contributions to society, community, family, marriage, child care, and to the environment.
3) To focus on men’s health and wellbeing; social, emotional, physical and spiritual.
4) To highlight discrimination against males; in areas of social services, social attitudes and expectations, and law.
5) To improve gender relations and promote gender equality.
6) To create a safer, better world; where people can be safe and grow to reach their full potential.

In its current iteration, International Men’s Day is celebrated in more than 60 countries. The website says it was purposely timed to take place during “the popular ‘Movember‘ charity event” and also “with Universal Children’s Day on Nov. 20 with which IMD forms a 48-hour celebration of men and children respectively, and of the special relationships they share.”

Partcipating countries can create their own focus for the holiday. For example, this year in the U.K. it will be called “Male Suicide and International Men’s Day.” According to the Telegraph, 5,000 men in the country commit suicide each year.

Despite the seemingly good intentions of International Men’s Day, some people are still not keen on creating a day just for the guys. Jess Phillips, a female member of Parliament, mocked conservative member Phillip Davies’ call earlier this month for a serious debate about men’s issues he says never get a chance to get covered, like “the alarming increase in male suicides, lower male life expectancy, male victims of domestic violence, low educational achievement among working class white boys and the treatment of men in child custody cases.” Then, in the midst of that debate, York College in the U.K. cancelled their plans to celebrate it on campus. One day later, a student reportedly committed suicide, leading conservative website Breitbart to claim “feminists” are to blame.

While it’s easy to laugh off the idea of having a day to celebrate men, who generally get paid more and hold a majority of positions of power, putting a face to issues like male depression and suicide does seem important.