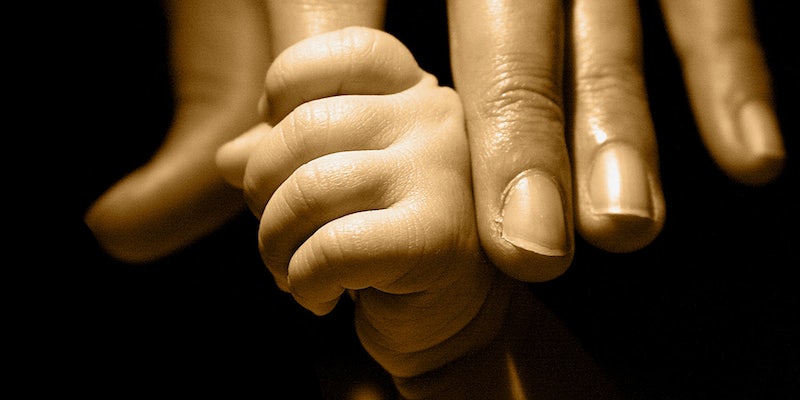 'We aspire to use art to imagine what the future of black life looks like.'

Today marks the first day of Black History Month—but that is not the only celebration of black people in February.

The Movement for Black Lives, a table of black organizations who comprise the Black Lives Matter (BLM) movement, created Black Futures Month. The 29 days of artistic expression are meant to envision both the futures of all black people’s lives and collective liberation.

BLM will be using the hashtag #BlackFutureMonth in their social media campaign as a form of outreach. However, the official project is called Black Futures Month, with “futures” being plural, as there is not just one future they are imagining for the lives of black people.

Organizers are clear that Black Futures Month is not meant to be a replacement of Black History Month, which celebrates the struggles, triumphs, and achievements of black people in the U.S. Black History Month was created in 1926 (originally as Negro History Week) by Dr. Carter G. Woodson, a writer and historian who was one of the first African-Americans to receive a doctorate from Harvard University, according to History.com. Black History Month has been officially recognized by U.S. presidents since in 1976.

However, Black Futures Month, which is in its second year, will have a slightly different focus. It will be a time for black people to imagine life in the future, in addition to fighting for an end to deaths from police brutality, explained Tanya Lucia Bernard, 32, arts and culture director at Black Lives Matter.

Black Futures Month will consist of engaging black artists and writers in using their creative expression to visualize and discuss issues that impact black communities. Bernard is responsible for organizing the artists, along with Darnell L. Moore, senior correspondent at Mic, who is working the writers.

“It’s a visual representation of our lived experiences,” Bernard told the Daily Dot. “And it’s directly connected to our fight to end state-sanctioned violence against black people.”

She continued, “It isn’t expected that black people are going to live very long, if you will, and that’s a really depressing place to move from. So there’s been a sanitization and a pacification of our experiences, and we’re aiming to subvert that through Black Futures Month.”

Each day of Black Futures Month, BLM will display one piece of visual art that expands across issues on the main BLM website or the Tumblr. Issues to be included are reproductive justice, transgender justice, and environmental racism (for example, Flint, Michigan’s water crisis).

Artists play unique roles in the BLM movement, said Bernard, as art can show people—as opposed to telling them—what the futures of black people could look like.

“We are just the genesis of it, we are just starting it—to inspire another generation of folks to be moved to create their own art and to write about what they imagine the futures of black lives to look like,” said Bernard.

Although the BLM movement is celebrating Black History Month, they are putting their own spin on it. Last year, BLM co-founder Opal Tometi wrote for Huffington Post about getting people to become more focused on the futures of black people rather than solely being in engrossed in the history. Bernard continued on that thread when she explained, “We’re committed to remembering, celebrating and learning from our history, and black people are also more than what happened to us. So black people in the U.S. and globally have experienced systemic violence at the hands of the state and have often been robbed of our capacity to dream about the future.”

In the present landscape, black people must consider how they move about their lives from day-to-day, Bernard told the Daily Dot. “So Black Futures Month gives us the space that we need to dream about our hopes and dreams for the future,” she said.

Like the #ReclaimMLK national call of action, BLM created Black Futures Month to combat the sanitization and commercialization of the holiday.

“We have a deep-seated appreciation for black history—and along with #ReclaimMLK, one of the things or the sanitization of MLK’s legacy—what we are trying to do is to affirm that black people, despite how people perceive us, have a political aspiration to live beyond the expectations,” Bernard said.

According to Bernard, white people and others have co-opted the holiday month, and have only celebrated a skeleton version of black people in history, calling it “deeply hurtful for us to share and watch.”

BLM intends for Black Futures Month activities to go beyond February. “The black experience globally is expansive and we can’t fit it into this one month,” she said. “We’re reimagining what celebrating black lives looks like and trust us … the month of February won’t be the only time we are doing this. So we are shifting and shaping a new narrative for black life.”

Additionally, BLM will not only expand how they envision the futures of black lives through the current movement, but still, they are learning more about the history of black people. “In black communities, it’s not a monolith,” Bernard explained. “There’s no one way to express our aspirations for black lives in the future. It just that we want to be a resource to people if they need space.”

Image via Raul Luna/Flickr (CC BY 2.0) | Remix by Jason Reed