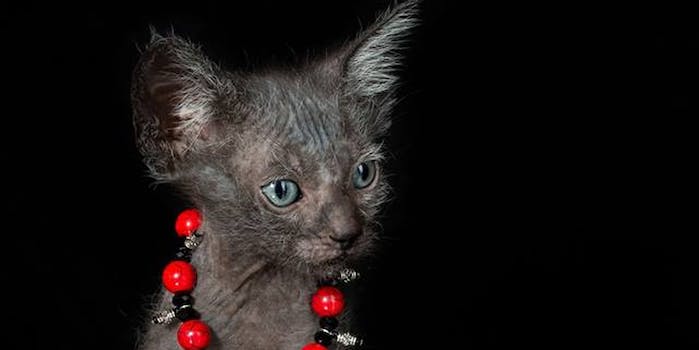 What are werewolf kittens, and why are they taking over the Internet?

Werewolf kittens are coming to an Instagram feed near you. At the rare intersection of “cute, furry things” and “Halloween-themed,” the special breed known as the Lykoi cat is winning approval from the Internet masses. Yes, the same people that went absolutely ballistic over teacup poodles and miniature ponies are littering your Facebook feed with photos of kittens that look like wolverines.

It’s easy to understand the wolverine kitten‘s mass appeal, as the striking felines possess werewolf-like features. The kittens have ember-like eyes, wolf-like ears and short, scruffy hair. And unlike most cute baby versions of predatory animals, wolverine kittens won’t possibly kill you once they grow full-size. 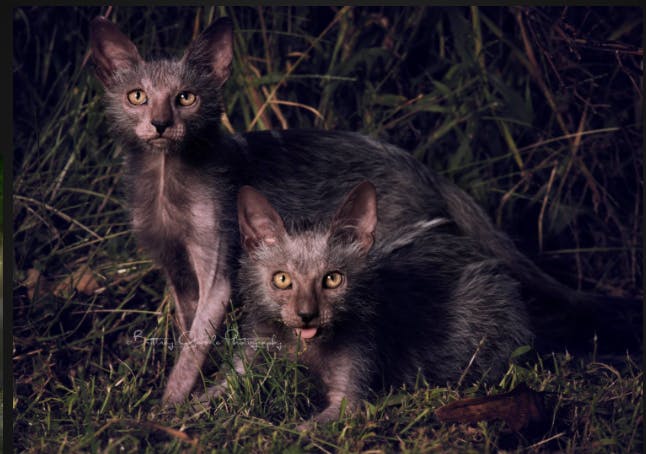 Reddit user TheBigBruce offered his take on the unique looks of the wolverine kittens: “This is what would happen if Thanos used the Infinity Gauntlet to turn Wolverine into a kitten.”

The Gobbles have embarked on an almost five-year process to attain “championship” status from the International Cat Association for the Lykoi cat, which they expect to receive in 2016. This stamp of approval from  TICA would put the Lykoi in the same status as Siamese cats and other recognized cat breeds.

The origin story of the wolverine kitten began when the Gobbles received a brother and sister pair of Lykoi kittens from a different state. Gobble told the Daily Dot that her husband then sent skin samples to a genetic lab, who confirmed that the cats possessed a recessive gene that gave them the unusual hair pattern of the Lykoi cat and weren’t half-sphinx, as is commonly misconstrued.

Six months later, the Gobbles were able to acquire another brother and sister pair. The family performed the same round of genetic testing as they did with the first pair, confirming that they had another couple of Lykoi cats in tow. Lykoi cats from the opposite families were bred and the rest is history.

Unlike most pet trends, the quirky status of the Lykoi cat may have been their saving grace. According to Gobble, the Lykoi cat’s strange, hairless appearance was often mistaken for illness. “The cats were being tossed aside,” she said.

Nowadays, adopting a “show-standard” black wolverine kitten from the Gobbles will set you back $2,500, though there are none available at this time. Why? The Gobbles have taken their time in breeding the cats, focusing on breeding them for health and appearance rather than trendy features. The black wolverine kittens are the offspring of a Lykoi cat and a black solid domestic short-hair, which Gobble says was in order to “broaden” the gene pool.

The Gobbles have worked to include many Lykoi cats found in the feral cat population, in order to avoid the inbreeding and health problems that occur with some many pedigreed cat breeds and designer beds. In addition, all of the wolverine kittens available for adoption have been spayed and neutered.

“You don’t want to over-breed,” Gobble said. “The goal was not the money. The goal was we love these cats, their personalities, and their looks.”