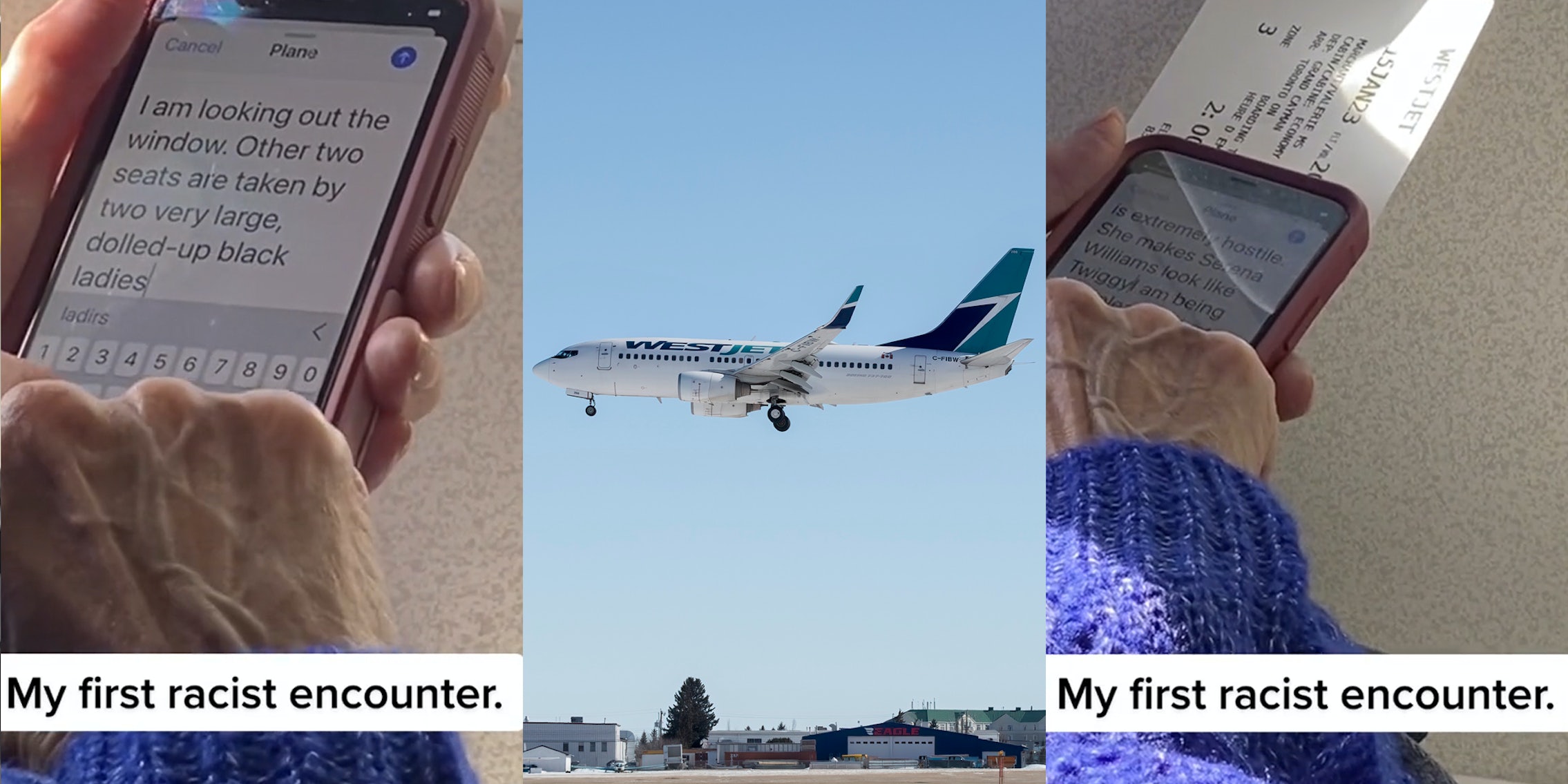 ‘The fact that it was an email’: WestJet customer notices passenger typing racist message about her on her phone

A passenger on a WestJet flight captured her “first racist encounter.”

In a video with over 6.9 million views, TikTok user Miss Crizzy (@mizz_crizzy) filmed a woman writing an email with the subject line “Plane.”

“I am looking out the window. Other two seats are taken by two very large, dolled-up black ladies, one of whom is extremely hostile. She makes Serena Williams look like Twiggy,” the email reads. “I am being very pleasant just to annoy her.”

In the video, Crizzy seems largely confused by the email, as she claimed her interactions with the woman prior to the email were minimal.

“How am I being very hostile?” she asked. “The only thing I said to her was, ‘The flight attendant wants you to put the bag under the seat until we take off.’ That’s all I repeated. I didn’t say it in no way. She said she couldn’t hear, so I just repeated what the flight attendant say.”

She also discussed asking a flight attendant to have the woman moved from the adjacent seat.

Crizzy later posted a follow-up video further detailing what she said happened on the flight.

In this video, Crizzy explained she was traveling with her sister when the events occurred. She again said that even though her interactions with the woman were neutral to pleasant, she still decided to type out the aforementioned email, positioning the phone in a way where it was visible to Crizzy and her sister.

“Ugh, she knew you could see what she was writing. Her body was positioned so her phone was facing you,“ one user wrote. “I am so sorry that you and your sister had to experience that B.S.”

“The fact her text is the biggest possible and she thinking y’all couldnt see,” a second observed.

The Daily Dot reached out to Crizzy via Instagram direct message and WestJet via email.

“We are aware of the incident and are working diligently to better understand the events that transpired. WestJet has a zero-tolerance policy against discrimination and inclusivity is at the heart of everything we do. Our goal has always been to create a safe and inclusive environment for all and we take situations like this extremely seriously.”