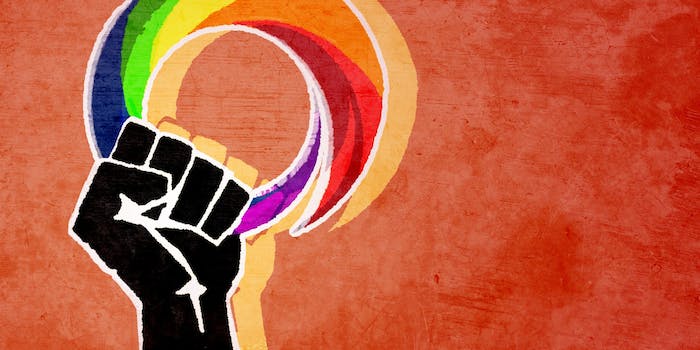 Counter-protests are being planned.

Westboro Baptist Church, whose website is literally “god hates f*gs,” is planning to protest the funerals of the victims of last weekend’s massacre at a gay club in Orlando.

On June 16, the GLBT Community Center of Central Florida posted on its Facebook page that the fundamentalist church had filed for a permit to protest on June 18 and June 19. USA Today reports that the church, which has about 40 members, will have six protesters at the funeral.

Westboro’s website confirms the protest, saying protesters will be picketing at Cathedral Church of St. Luke in Orlando, where the funerals for the victims will be held. The site notes: “No coincidence that God is smacking Orlando with grievous sorrow…”

In response to the news, the community of Orlando has begun to organize a counter-protest. The GLBT Community Center of Central Florida has also obtained a protest permit, and two Orlando theaters—American Theater in Orlando and the Orlando Shakespeare Theater—are putting together angel wings to block the protesters from the funeral. Similar wings were used during the trial of Matthew Shepard’s killers.

A Facebook group has also been put together to help organize counter-protests. For people who want to help, the site suggests donating to the OneOrlando fund, which was organized by Orlando Mayor Buddy Dryer to help victims of the shooting and their families.

On their Facebook page, the GLBT Community Center of Central Florida is encouraging people to remain peaceful and not to engage the Westboro protesters.