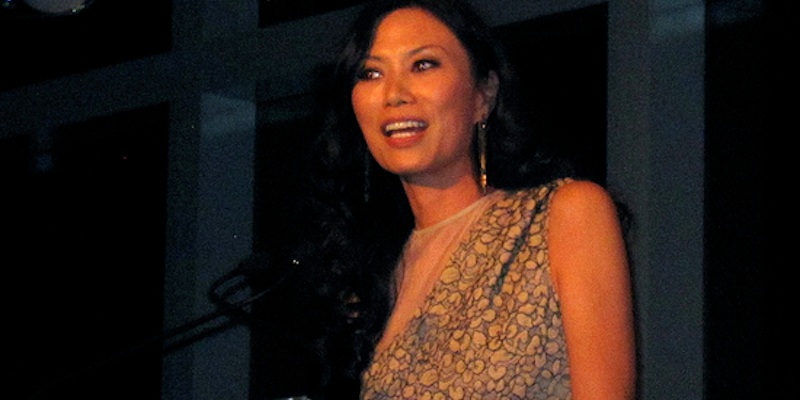 The “Verified Account” icon is now gone and the spokesperson has admitted to journalists that she was wrong.

“Hello Twitter. As News International has finally come to their senses it’s time to confirm that yes, this is a fake account. I’m not Wendi,” @Wendi_Deng tweeted.

“I never received any communication from them about this,” @Wendi_Deng tweeted.

“You might ask ‘why didn’t I tell them?’ But surely Twitter should be checking out its Verified status more carefully? No?” the parodist asked.

Twitter’s move to declare the account real fooled many, including AllThingsD editor Kara Swisher,  whose site is owned by News Corp. and who has broken bread with the real Wendi Deng Murdoch.

Not taken in: Rupert Murdoch biographer Michael Wolff, who declared that Deng Murdoch would never have responded to one of his tweets, as the parody account did.

So who is running the account? We don’t know—but we can eliminate one suspect. The account said it wasn’t Jonnie Marbles, the guy who pied Murdoch this summer, prompting his wife to leap to his defense. Marbles also disclaimed involvement.

“We don’t comment on our verification process but can confirm that the @wendi_deng account was mistakenly verified for a short period of time,”. a spokesperson for the company wrote in an email. “We apologize for the confusion this caused.”