On Friday, Wells Fargo released an ad featuring a same-sex couple preparing for the adoption of their hearing-impaired daughter by learning sign language.

The mommies-to-be are seen practicing phrases like “Are you cold?” and “I’m so proud of you” in American Sign Language (ASL). They attend classes and watch video tutorials as a way to prepare for the arrival of their daughter.

When the kid meets her new moms, her smile is utterly heartwarming. 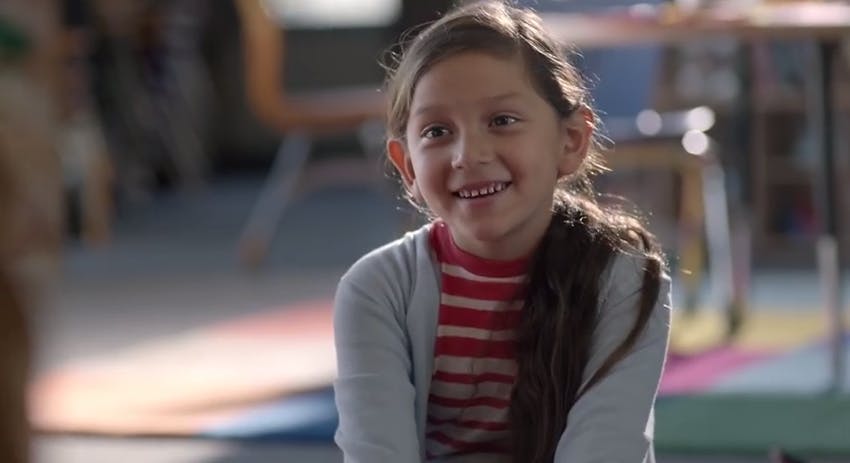 You can watch the full ad below:

Recently, more companies have been showcasing same-sex couples in their marketing campaigns. Back in 2012, Expedia released an ad featuring a same-sex wedding, which followed the father of the bride’s journey to understanding and accepting his daughter’s love. Last year, a Cheerios commercial featured two gay dads and their adopted daughter, and earlier this year a Nikon ad featuring two dads doing their daughters’ hair went viral.

The Wells Fargo ad, however, explores new territory by featuring a hearing-impaired child in a national TV spot. According to the National Institute of Deafness and Other Communication Disorders, approximately two to three out of every 1,000 children in the United States are born with a detectable level of hearing loss in one or both ears. The ad sheds light on what it’s like to raise a hearing-impaired child, while simultaneously making the case that there’s no right or wrong way to make a family.