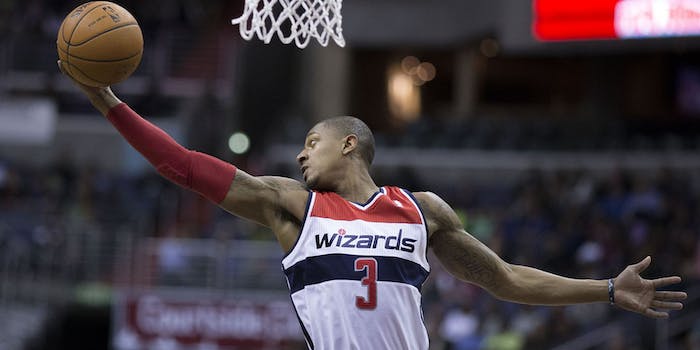 This bracket shows how the Washington Wizards could be NBA champs

If the 2014 NBA playoffs are anything like the regular season, we may crown an unlikely champion.

If the 2014 NBA playoffs are anything like the regular season, we may crown an unlikely champion: the Washington Wizards.

That is to say, if you look at the bracket for this year’s playoffs and advance the teams based on their regular season head-to-head records, the Wizards would upset the Oklahoma City Thunder in the finals.

Redditor taffybeast conceptualized this idea in a post to this week to r/NBA. The tiebreaker for teams with equal regular season records was the point differential in head-to-head matchups. Here’s how the completed bracket would look. 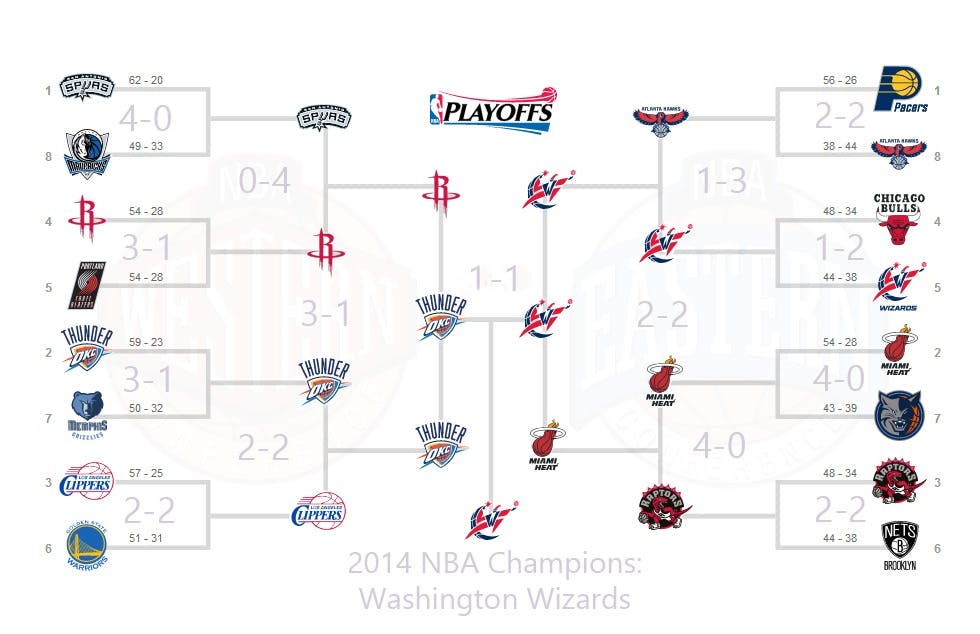 (Note: We corrected a small mistake in taffybeast’s original bracket. The finals between the Wizards and Thunder would have been 1-1, not 2-2. Click for larger image.)

The Wizards haven’t been in the playoffs since the 2007-08 season, and they haven’t won a post-season series since 2005. The franchise won its lone NBA championship in the 1977-78 season, when the squad was still known as the Bullets (they renamed themselves the Wizards in 1997). The Wizards earned the five seed in the Eastern Conference with its 44-38 record this year.

No five seed has ever won the NBA championship.

We’ll begin to find out if this concept has any merit (it probably doesn’t) this weekend, as the playoffs get started today. And if the Wizards do go all the way? Well, we can look forward to something like this: