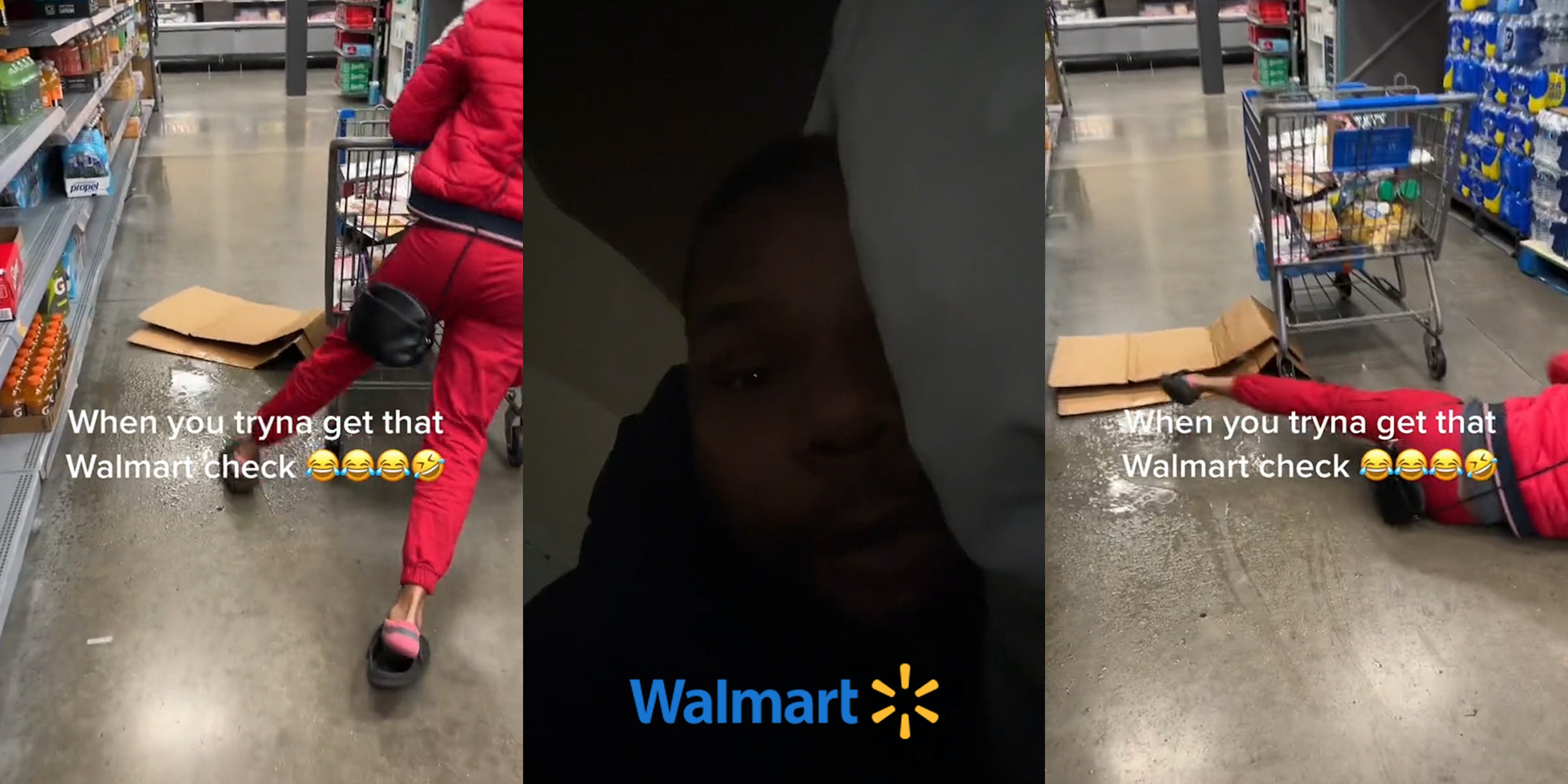 ‘My neighbor paid for his vacation this way’: Ex-Walmart worker shares PSA about slipping and falling for money in stores

'When you tryna get that Walmart check.'

A common form of fraud is the so-called “slip and fall” scam. This is when someone pretends they have accidentally slipped and fallen in a store, which leads them to make a claim against the establishment for negligence.

“A common scheme in a grocery store for example, is to throw a few grapes, or slippery foods onto the floor. When no one is looking, the fraudster will feign a fall that results in injury. Another similar scheme is executed with one person walking down a grocery store aisle and pouring liquid on the floor.  Then, he or she will pretend to slip and become injured. The accomplice will then act as a witness to the accident,” the Pearce Law Firm noted.

In a video with over 715,000 views, TikToker and alleged former Walmart employee LJ shares how the determination is allegedly made.

According to LJ, “what they’re gonna do is go on the camera and see if you noticed the puddle before you fell.”

He goes on to avoid wannabe fraudsters to avoid looking at the spill if they want to pull off a successful slip-and-fall claim.

Slip-and-fall fraud is widespread. According to the Pearce Law Firm, which cites data from the National Insurance Crime Bureau, there are “over two thousand questionable slip and fall claims every year.”

That said, genuine slip and fall claims are also common. The same article goes on to note that “slip and falls are the number one cause of accidental injury, resulting in 20.8 percent of all emergency room visits according to the National Floor Safety Institute.”

Slip-and-fall fraud is illegal and can result in severe punishments if caught. If the fall is proven to be wholly fabricated, “you could be charged with a felony, and may face stiff fines, plus a prison term of up to 10 or more years,” Keith Kofsky, Esq writes.

That said, the idea of getting money from a big corporation for a minor injury excited users on TikTok.

“Used to work at Walmart. A customer was living my dream by getting hit by a random bar that fell from a display shelf,” wrote one user.

“My neighbor paid for his vacation this way,” claimed a second.

“I had a 50 lb hand weight not placed correctly on a shelf, and my foot moved right as is fell, my reflexes stole my check,” recalled a third.

“I ended up actually slipping once and almost knocked my head on a shelf,” alleged a fourth. “I was fine but man I wish I wasn’t.”

The Daily Dot reached out to Walmart via media contact form and Lj via Instagram direct message.