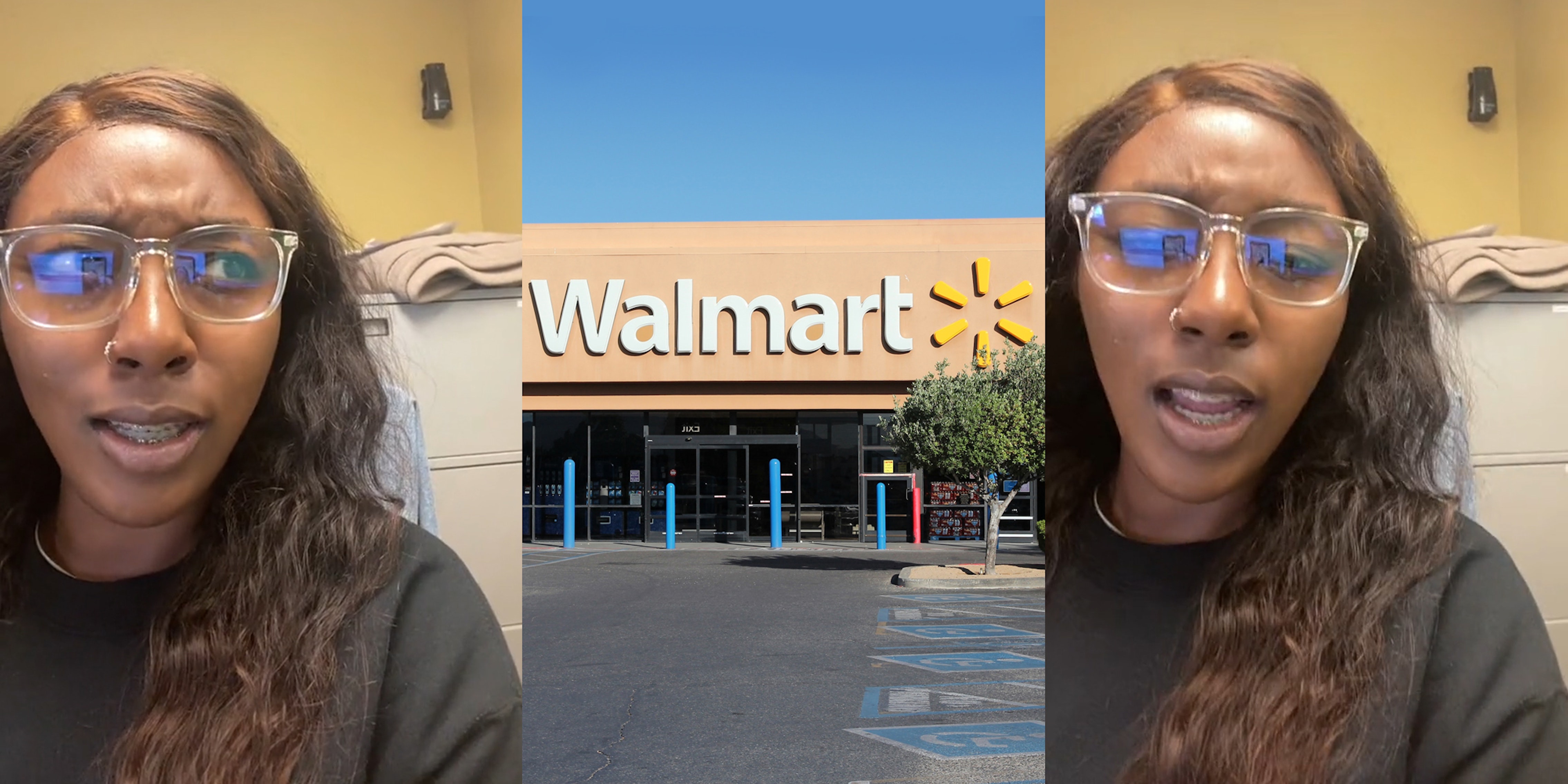 ‘I’m looking for another job’: Walmart worker says manager walked into the break room, made concerning comment about manager who shot employees at another store

'They have security outside.'

The recent Virginia Walmart shooting has put a number of retail workers on edge, and one TikToker is criticizing her own store manager for seemingly making a joke out of the situation.

Selena (@573selena), who works at a Walmart herself, shared a short clip to the social media platform last week sharing that her manager walked into the break room and asked employees if they had “heard about the shooting that happened in Virginia with the Walmart manager and associates?”

“And everybody said ‘yeah.’ And then she walked out,” Selena recounts, pausing to emphasize that was the entirety of the exchange. “I’m looking for another job.”

The day before Thanksgiving, an overnight team lead at a Walmart in Chesapeake walked into the store and opened fire, killing six of his fellow employees and wounding several others before turning the gun on himself, according to NPR. A note left behind reportedly suggested he was angry at and felt mocked by other workers at the store, who reported that he had frequently been aggressive and difficult to work with.

A manager of another Walmart cryptically referencing the shooting with nothing else to say certainly sounds strange, and a follow-up video from Selena clarifies this person was fired that same day after allegedly being caught stealing money.

“So yeah, they have security outside, and they have police and stuff,” she says, noting the higher-ups asked all the employees to let them know if they saw the manager trying to come back into the store.

The whole situation didn’t sit well with viewers, and several who claimed to work at various Walmarts themselves agreed they were particularly wary of their bosses and coworkers in the days following the shooting.

“I work at walmart in virginia and when i say i was eyeing the manager, team leads and coaches like a HAWK,” wrote @tpwkrhy.

“I work at Walmart too and our managers had a meeting about it and the last few days they’ve been ordering the whole store food nah keep that poison,” added @dezzeb.

Selena, meanwhile, called out the manager further in the comments, remarking the shooting was sad and “the fact that she thought it was funny is what killed me. why would u say that????”

The Daily Dot reached out to @573selena via TikTok comment.