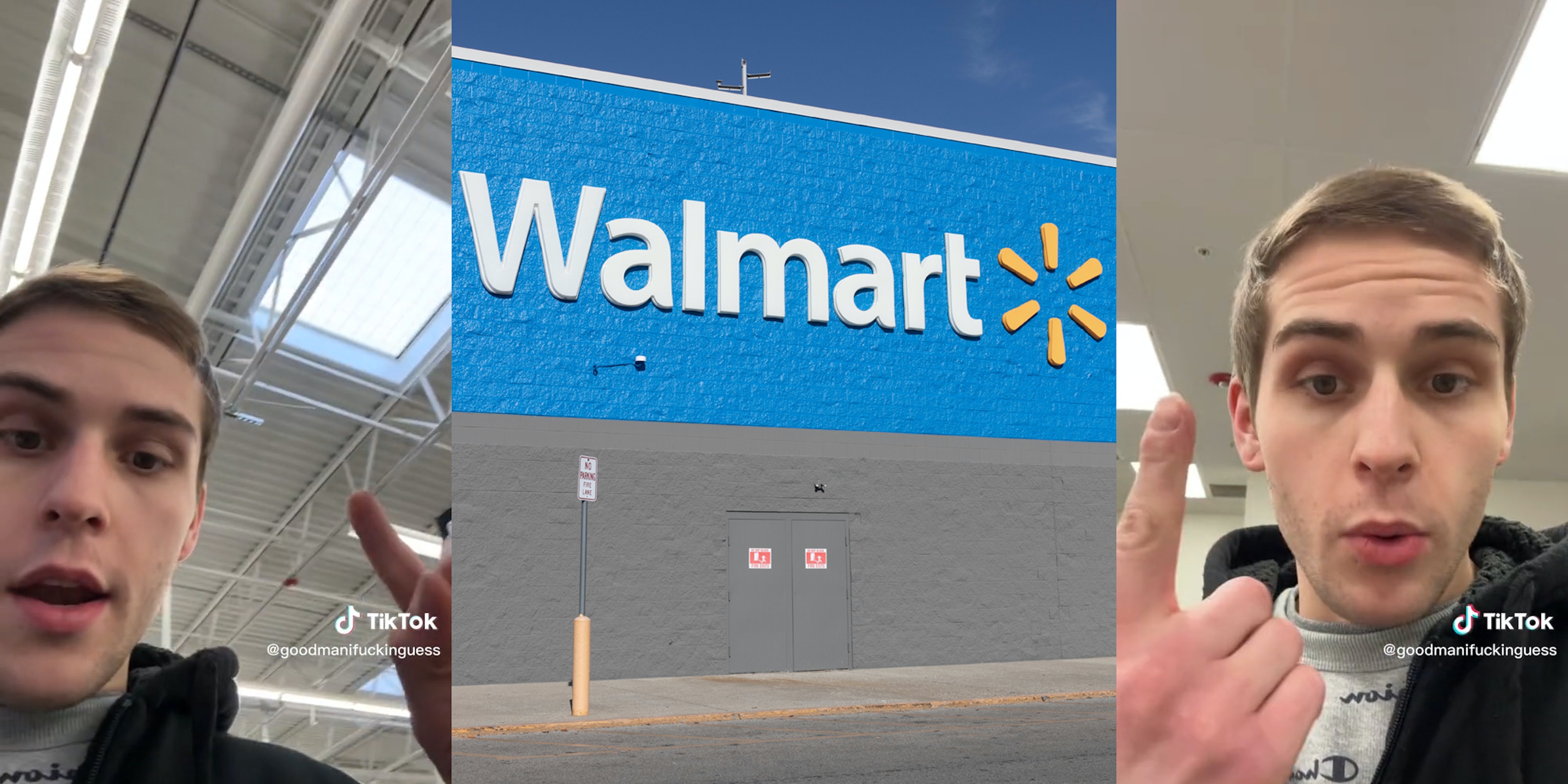 ‘I am operating in an OSHA violation right now’: Walmart employee says store has no running water

'This proves that Walmart doesn’t care about, not only their employees, but their patrons.'

A Walmart employee is calling out his place of work after he claims the store has no running water, yet is continuing to be in operation.

In a video with over 61,000 views, TikTok user @goodmanifuckinguess claims that the store had several “ongoing issue[s].”

“It’s not always ‘no water,’ it’s just, sometimes the water just fucking goes out,” he says. “Tonight, there was no water at all throughout the whole store. There’s no water to open up the deli to get all their deli stuff going, to wash all their utensils and tools. There’s no water to go to the bathroom, to take a piss or a shit, and flush that piss and shit down, and then wash your hands afterwards.”

The solution to the bathroom issue, the TikToker says, is bringing portable toilets to the store. However, he claims this does not resolve the issue in full, as other parts of the store require water.

“That doesn’t address the fact that if the store were to catch on fire right now…the alarm might work, but none of those pipes are going to shoot water out to stop any sort of fire,” he says, gesturing toward the store’s sprinkler system.

The TikToker then notes that Walmart sells several items that could be dangerous if water is not present to resolve any potential issues.

“If I were to, say, go grab a grocery that happens to be a chemical and I spill that shit on my hands or in my eyes, I guess I can go get fucked and get blinded,” he states.

“I am operating in an OSHA violation right now,” he claims. “And I’ve reported it, but every time I bring this up to any of my employees, they seem too scared to say anything.”

For context, the Occupational Safety and Health Administration (OSHA) is a government body that was created “to ensure safe and healthful working conditions for workers by setting and enforcing standards and by providing training, outreach, education and assistance,” per the group’s website.

“I’m not [scared],” the TikToker concludes. “I’ll kiss this job goodbye being vocal about it. This is hazardous. This is blatant disrespect. This proves that Walmart doesn’t care about, not only their employees, but their patrons that walk through that door. I’m sick of it.”

In the comment section, users had suggestions of other things the TikToker could do in addition to his OSHA complaint.

“The fire sprinklers run off of a different line than the water in the bathroom. but if they don’t have fire sprinkler water call the fire department,” alleged a user.

The Daily Dot reached out to @goodmanifuckinguess via TikTok comment and Walmart via Media Relations contact form.