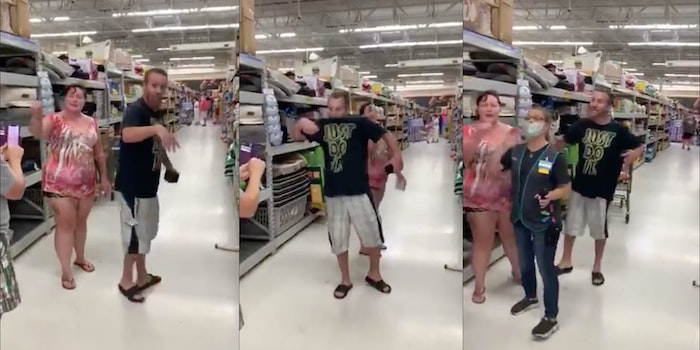 Anti-mask Karen couple yells at bystanders recording them in Walmart

Neither shopper chose to don a mask inside the store.

In case there weren’t enough Karen videos floating around the web, a fresh clip of angry, entitled anti-maskers has gone viral on Twitter.