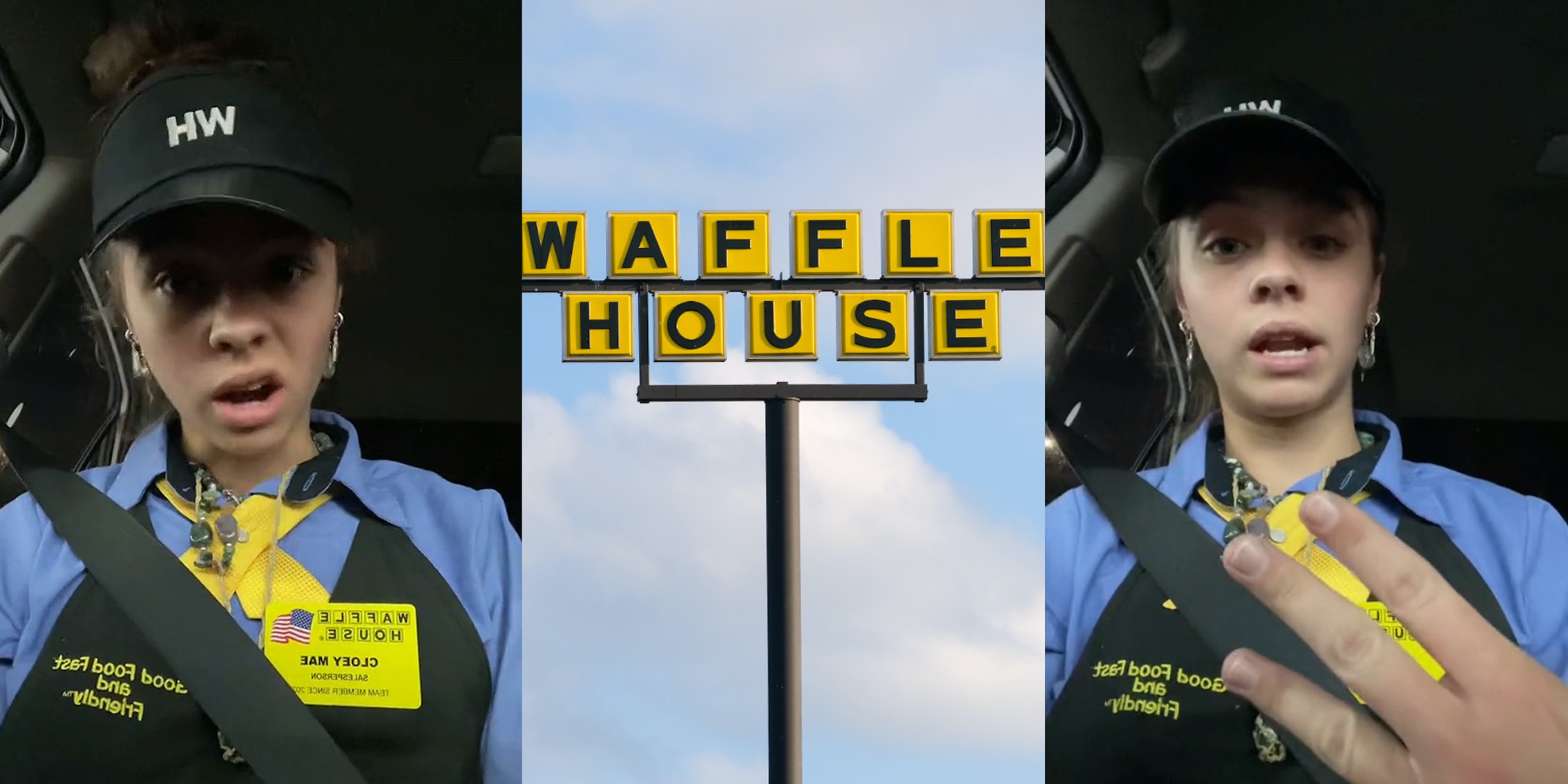 ‘I just stayed for 45 minutes for $1.25’: Waffle House server calls out kids who barely tipped her after she stayed overtime

'Sad thing is so many adults do this too.'

Tipping is a heated topic on TikTok. The debate about whether to tip, how much is a suitable tip, and so forth is a topic of conversation on the platform from both restaurant workers and customers. In a viral TikTok video, a Waffle House employee says how she worked 45 minutes of overtime just to be tipped $1.25.

The video features user Cloey Mae (@_she_soul_suite_) sitting in her car as she shares a story about how she worked late only to be tipped $1.25. According to Mae, there was a group of kids who showed up at 8:57pm and she “got off at 9.” Mae says since the third shift server was still sitting outside in their car, she decided to serve them despite her shift ending in three minutes.

Mae continues that she sat the three kids at a table, brought them silverware when one of them informed her that “two more are coming.” The employee claims that once she brought the extra silverware and sat the extra two people, one of them told her to “take all of this back and you can give us all plastic.”

Throughout the entire time the group was there, Mae says she “nicely served them,” and was literally “on it.” She was “bussing the table,” giving them “refill galore,” and “everything.” After the group finished their meal and paid, only one gave Mae a tip, a measly $1.25. She sarcastically thanked the girl for the tip and left before the group in a rage.

The video garnered over 245,000 views as of Friday, where viewers were outraged that Mae received a pathetic “tip.”

“I tip $5 minimum no matter what. So sad people don’t tip,” one viewer wrote.

“I was taught to ALWAYS tip half of what ever the check is. out of respect,” a second said.

“Those are the ones who leave no tip ; take it as a lesson learned !! So wrong,” a third criticized.

Other servers shared their stories of receiving little to no tips.

“Hell no girl someone gave me penny one time an I served them good as well I went out there gave it back an told them they needed more than I did. SMH,” one shared.

“I work first shift and about 2:50 a 7 tip sat in my section I waited on them gave them great service even and they didn’t leave me a damn dime,” a second commented.

“I feel this I had a family at my job the other day that left me $5 on a $108 bill…if you can’t afford to tip then go to McDonald’s,” another said.