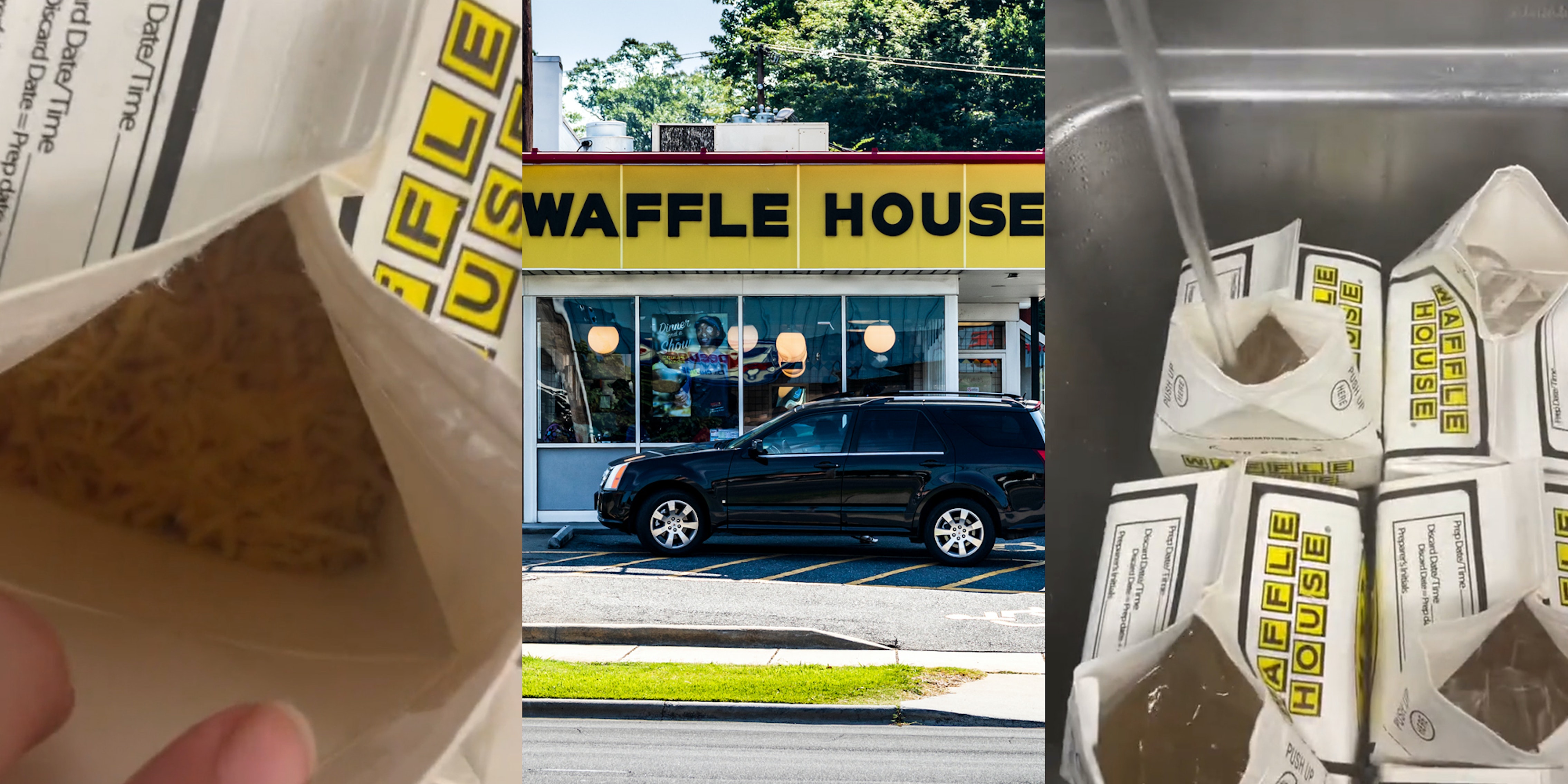 ‘Y’all don’t be chopping up potatoes fresh to order?’: Waffle House worker reveals how the hashbrowns are made

'I thought they would’ve been frozen or bagged fresh.'

In a viral TikTok video, a Waffle House worker reveals how the popular diner makes its famous hashbrowns, shocking many viewers with the process.

User @spanishflymel begins the video by recording several cartons of hashbrowns lying in a sink.

“So this is the tutorial nobody asked for, but you’re getting it anyways. So, this is how you make Waffle House hashbrowns” she says while opening the cartons.

“They look like that cause they’re [dehydrated],” @spanishflymel explains of the process to rehydrate the hashbrowns. She then turns the faucet on and begins filling the cartons with cold water.

“If you use hot water, you’re cooking it, and you don’t want mashed potatoes,” she adds.

The TikToker notes that she adds ice to ensure the water is cold. After filling the cartons with water to a certain line, she says she has to leave the hashbrowns to soak for about an hour before draining them.

The video amassed 1.2 million views as of Friday, and some viewers were shocked to learn that the hashbrowns are made with dehydrated potatoes.

“I ain’t neva seen no hash browns in a milk carton,” one user said.

“So u telling me y’all don’t be chopping up potatoes fresh to order?” another asked.

“Dehydrated?!? I thought they would’ve been frozen or bagged fresh,” a third shared.

Still, many users praised the hashbrowns regardless of how they’re prepared.

“I don’t care what they come in they are damn good,” one viewer said.

“I don’t care what they look like prior to me shoveling them into my mouth Waffle House hashbrowns are on a whole other level!!” a third complimented.

However, @spanishflymel faced criticism from a few users for using cold water to soak the hashbrowns rather than hot water.

“I make the same thing and instructions say use hot water. I always boil before they soak it up better,” a third echoed.

In a follow-up video, @spanishflymel shares why she opts to use cold water to hydrate the hashbrowns before cooking. She shows two piles of hashbrowns on the grill and notes that the ones soaked in cold water crisp up nicely, while those soaked in hot water allegedly take longer to cook and are scattered.

The Daily Dot reached out to @spanishflymel via TikTok comment.