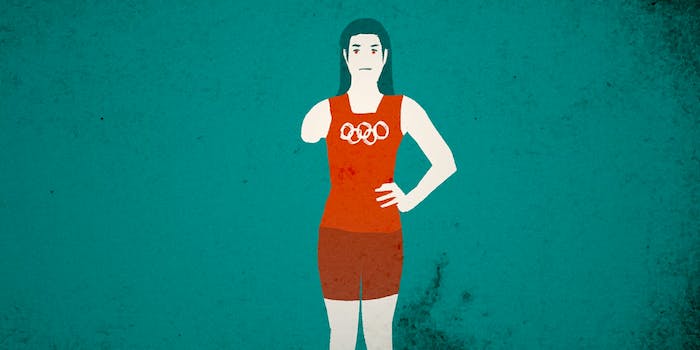 The magazine says it's to raise awareness for the Rio 2016 Paralympic Games, but others are calling it offensive.

The Rio 2016 Paralympic Games are starting soon, and Vogue Brazil had an odd way of promoting the event. Instead of featuring photos of the actual athletes, they used photos of two soap opera stars—and photoshopped them to make them look like amputees.

In a post on Instagram, the magazine writes that the campaign, titled “We are all Paralympians,” was “to attract visibility to the Special Olympics and highlight the relevance of Brazilian disabled athletes in the panorama of the national sport.” Actors Cleo Pires and Paulo Vilhena serve as ambassadors of the Brazilian Paralympic Committee, and the campaign was supposedly made with the support of the committee.

However, many are pointing out that, at best, this is a lost opportunity to feature actual Paralympians and amputees, and at worst, it’s outright offensive.

Even though there are models with those very disabilities @vogue could've featured, they've modeled together too. pic.twitter.com/q7jTCJysTZ

This is NOT cool: "Paralympic athletes replaced with able-bodied models in Vogue's promotional campaign": https://t.co/egXM4mvdIW

In another, she posts a video of her speaking directly to the camera, and captions the video with, “For those who REALLY are interested in UNDERSTANDING, do not distill the poison of envy and repression, and go there in a snap.”

The Daily Dot has reached out to Vogue Brazil about the campaign, but has not heard back as of publishing.