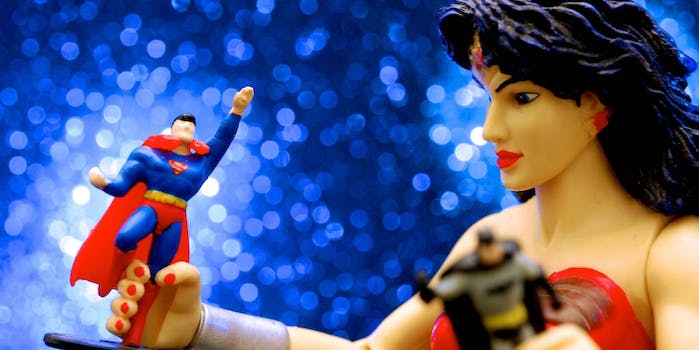 In March, artist Kelly Sue DeConnick started the hashtag #VisibleWomen, to help amplify the voices and portfolios of women comic artists. This weekend, the hashtag got a reboot from DeConnick and her production company Milkfed Criminal Masterminds, with more proof than ever that women deserve equal representation in the comics world.

The hashtag was started in response to a common refrain from men in the comics industry, who insist they would hire women, but there just aren’t any women artists of quality around. “The goal of #VisibleWomen is to disabuse hiring professionals of the notion that women comic artists are rare and to raise awareness of said women with readers,” says Milkfed Criminal Masterminds.

Artist Kendra Wells told the Daily Dot that the hashtag helped to validate her experiences. “Most of the comics creators I admire and follow are women or nonbinary, but in general, mainstream comics are still largely dominated by men,” she said. “I think the hashtag was a great way to show to people who might not think there are women in comics just how many there are. It made me feel like I wasn’t alone too which was really nice.”

There’s proof that the comics industry is male-dominated everywhere, but one egregious example was last winter’s Angoulême Festival, one of the biggest comics industry events. The festival failed to nominate a single woman artist for its Grand Prix. Festival director Frank Bondoux said “Unfortunately, there are few women in the history of comics. If you go to the Louvre, you will also find few female artists.”

Sure, there are fewer women in the Louvre, but that says less about women’s talent and more about literally everything about the patriarchy, from women not being given the opportunities to get better at their crafts, to the “boys club” of many creative industries overlooking half the population no matter its talents. According to MCF, they’ll be compiling the portfolios of everyone who participated into a master list for use by comics professionals, so now no one will have any excuse.