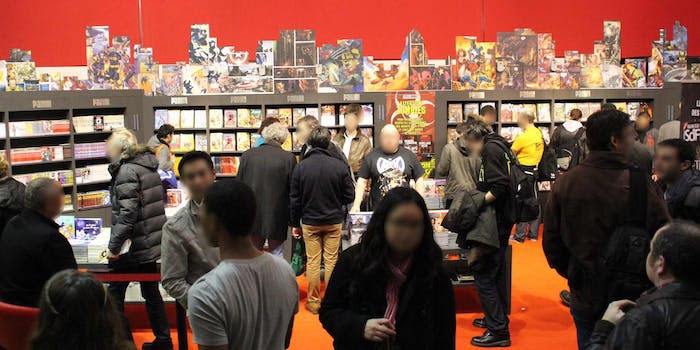 The Angoulême Festival is like the Oscars for comics, and this year all 30 Grand Prize nominees are men.

Famous cartoonists are boycotting the Angoulême International Comics Festival after its creative directors failed to nominate any women for its most prestigious award.

The Angoulême Festival is an annual event in France, one of the biggest European events in the comics industry. Each year it awards several prizes including the Grand Prix, a kind of lifetime achievement award that includes becoming the president of the next year’s festival. All 30 of the 2016 Grand Prix nominees are men.

As soon as this news hit Twitter on Tuesday, it was met with criticism from comics fans and creators. How had the festival’s artistic directors failed to nominate any women at all?

That is totally unacceptable from any event, but I would particularly want better from an event with Angouleme's standing and influence :(

The organization BD Égalité (aka the Women in Comics Collective Against Sexism) called for a boycott of the festival, and several prominent cartoonists have already withdrawn themselves from the list of nominees.

Daniel Clowes (Ghost World) was one of the first to withdraw, describing the Grand Prix as a “totally meaningless honor” in the light of its all-male longlist. Riad Sattouf, a French cartoonist who won the festival’s prize for Best Album in 2010 and 2015, withdrew with a Facebook post listing accomplished women who could take his place instead.

The mainstream American comics industry has seen its fair share of sexism and harassment scandals in recent years, but the dearth of female representation at Angoulême may be even more shocking. The Grand Prix covers everything from political cartoons to literary graphic novels to superhero comics, making it especially bewildering that no women were considered worthy of nomination.

The Angoulême Festival has yet to respond to the backlash on social media and did not immediately respond to the Daily Dot’s request for comment. However, festival director Franck Bondoux did defend the nominee list to Le Monde, saying that it reflected the reality of the industry. “Unfortunately, there are few women in the history of comics,” he said. “If you go to the Louvre, you will also find few female artists.”

Of course critics would argue that the Louvre suffers from the same problem as the Angoulême Festival.

Update 10:54am CT: The Angoulême Festival posted an update to its website in French indicating it will revise the long-list of nominees.