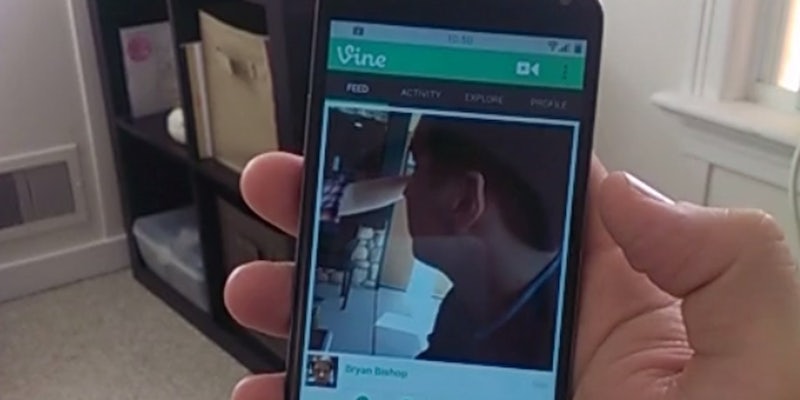 Vine is no longer an exclusive, iPhone-only club, and Apple fans aren’t too happy about it.

No sooner than Twitter announced that the Vine app was coming to Android phones did iPhone owners start whining in tweets, tech blog comment sections, and Vine itself about the video-sharing community opening the floodgates.

There are those who are worried Android owners will “ruin” Vine for its more than 13 million users. Many iPhone owners think opening up Instagram to those beyond Apple’s gated city wrecked that community as a repository for quality photography.

If you’re an iPhone owner and you think Android users are ready to come in and rain on your parade, just stop. There’s nothing to ruin with Vine.

There don’t seem to be many people who take Vine seriously. Unlike with photographers who share stunning, high-quality images to Instagram, Vine doesn’t seem meant for pros.

That’s not to say there aren’t those who create compelling, creative videos on Vine. The community’s bulging with talent, from Khoa Phan’s craft paper animations (which landed him a gig creating vines for Peanuts) and Max Burlingame’s hilarious life lessons to artist Marlo Meekins’s stellar work (like this Super Mario dog clip) and comedian Will Sasso’s lemon-spitting series.

Allowing more people access with the new Android app should only serve to up the number of compelling, funny, heartwarming videos in the community.

Only there are those so protective about keeping Vine an iPhone-only experience that they will resist the newcomers.

Dig into Vine’s hashtags and you’ll see users posting videos under hashtags like #TeamiPhone, #teamiphone4lyfe, #teamiPhoneBitches, and #fuckdroid. You’ll also see videos like these, with some iPhone owners expressing their deep hatred for Android phones and users.

Vine hasn’t really helped the ridiculous class wars much by having a feature disparity between iPhone and Android. The former has features like push notifications, the option to use the front-facing camera (great for selfies!), and mentioning other users in posts and comments. Currently, Android’s only trump card is the ability to zoom. Android will eventually get all the iPhone features, however, plus some ”features that could exist only on Android.” Uh oh.

If you’re an iPhone owner who’s that uptight about lowly Android users coming in to steal your limelight with their “lame” videos or whatever, just don’t follow them. Simple. Just know this: you’ll be turning yourself off to the likes of Android owner and Internet hero Wil Wheaton.

Android got Vine today so I may have to unfollow everyone, including my mom, boss, Jesus and you. #HORROR

Vine is only for iPhone 😡

Why must Android ruin our privileges? #TeamIphone

Cue the “Android users getting Vine will ruin it” tweets/vines/posts ala Instagram.

Meanwhile, this is the correct response to the madness:

So #Vine is on Android phones now, I’m iPhone all day but no reason to be mad about it lol. Calm down y’all, the more the better.