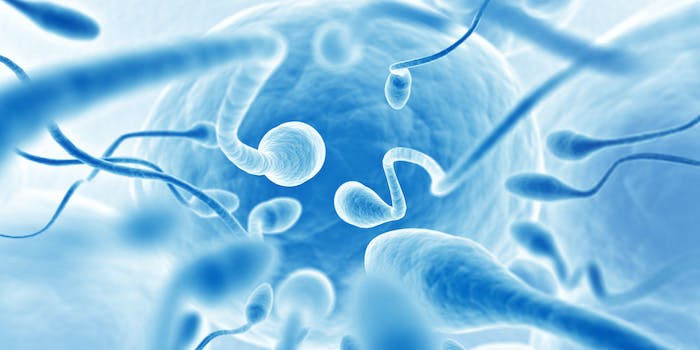 Is this the male birth control we’ve been waiting for?

Vasalgel works to block sperm and is reversible, too—at least in rabbits.

A promising method of male birth control just took another step closer to reality. A new study shows that Vasalgel, which is injected into the vas deferens to block the passage of sperm, not only works long-term to prevent pregnancy, it’s also completely reversible. Granted, the study was conducted on rabbits, but researchers say that findings pave the way for testing in larger mammals and, soon enough, humans.

For years, researchers have struggled to develop a new and reliable form of male birth control, but so far they have come up short. Currently, the only available options for men who want to control their reproductive lives are condoms, the withdrawal method, or vasectomy. That leaves much of the burden of contraception on women, who often turn to birth control pills or long-acting contraception, like IUDs, which can come with unpleasant side effects. Vasalgel holds the promise of a long-acting, reversible contraception for men with no hormonal complications.

The study, published in the journal Basic and Clinical Andrology, followed up on a previous one demonstrating that Vasalgel, a polymer gel, worked successfully as birth control in male New Zealand White rabbits. Researchers made incisions in the rabbits, so that they could inject the gel into their vasa deferentia. This time around, the researchers set out to determine whether the gel could then be removed and fertility restored in those same rabbits.

They used an injection of a baking soda solution to dissolve the gel and then tested the rabbits’ sperm. They did this by, as the study puts it, “using a warmed artificial vagina semen-collection device designed for use with the rabbit and a ‘teaser’ female to encourage mounting.” The researchers found that sperm concentrations and motility were similar to before the Vasalgel injection. However, the forward movement of the sperm was lower than before, but it continually increased during six months of followup testing.

Earlier this year, a study demonstrated Vasalgel’s effectiveness in rhesus monkeys, although some issues were encountered, including sperm buildup and leakage in the vas deferens. Researchers say those problems could be avoided with better placement of the gel. These latest findings have given researchers the confidence to move forward with development. “It was the first evidence supporting development of Vasalgel as a safe, effective, and reversible male contraceptive,” said Donald Waller, a scientific advisor for Vasalgel, in an email to Vocativ. That means human clinical trials are next, which researchers hope to launch next year.