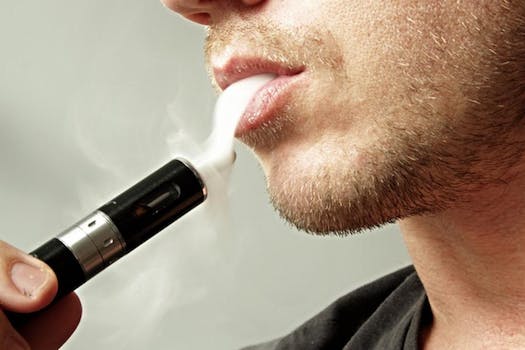 Teen vaping on a D.C. train is cooler than you will ever be

There is nothing cooler than a cool teen. They know everything that is youthful, fun, and new. They don’t have time for your trend-piece nonsense or taxes. Enter this teenager spotted on the Washington, D.C., metro who knows what being cool is all about in 2015—vaping like a dragon.

He has no cares for the people around him or at the other end of the car. There is more vapor around this one human than the amount of mist onstage at most productions of Phantom of the Opera.

Note: Pay careful attention to his shoulder-strap backpack that is taking up the seat next to him. It has a print of a Ouija board on it. Witchcraft is and always will be cool to teens. (Actually, it is entirely possible that this teen isn’t vaping at all and has simply transported himself onto the train via magic and these are the remains of his travel)

But was this witchy teen committing the ultimate act of cool—breaking the law by vaping on the train? The Washington Post couldn’t decide in 2013 whether it was legal to electronically spark up on public transit. The law seems to still be in the same state of ambiguity, so this teen is definitely pushing his limits but is not an all-out #criminal yet. God speed, cool teen.