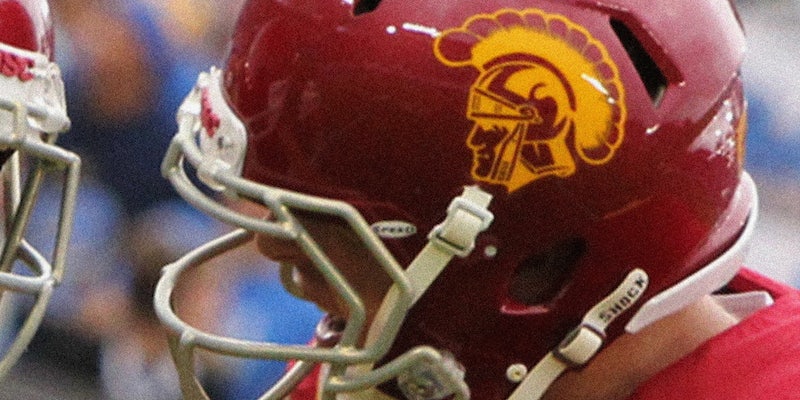 Osa Chad Masina has been suspended, but Don Hill will play for the Trojans this weekend.

University of Southern California linebacker Osa Chad Masina was suspended by the school this week amid allegations of drugging and raping a woman on two separate occasions in July.

According to a search warrant obtained by TMZ, Masina and another USC football player, Don Hill, drugged and raped the victim, and then Snappedchatted videos and photos of the rape and sent them to the victim’s ex-boyfriend, who is a football player at the University of Arizona.

The first incident allegedly took place on July 14 in Los Angeles. The woman told police that she had been with Masina at a frat party, drinking and taking Xanax. She was then taken to Hill’s apartment, according to TMZ. “The next thing the victim recalls is having sex with Osa Chad Masina,” the search warrant says.

The woman told TMZ she remembers Masina “holding her head and putting her mouth on his penis” while Hill was having vaginal sex with her. She later found out he’d sent photos of the assault to her ex-boyfriend, she told police.

The next incident occurred on July 26 in Utah. The search warrant reports that the woman was partying with Masina and passed out. She woke up to Masina anally raping her and forcing her to perform oral sex. She went to the police, who performed a rape kit.

The search warrant was for Masina’s DNA and phone. Hill, meanwhile, is scheduled to play for USC this Saturday.