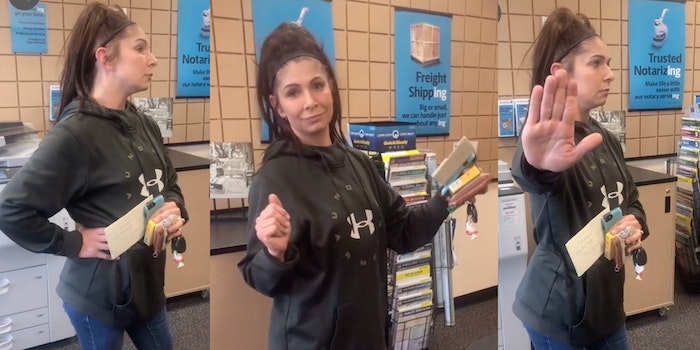 She said she already had COVID-19 before asking for the manager.

A video has surfaced showing a white woman refusing to follow store policy and then yelling at workers and security personnel at a UPS package pick-up station.