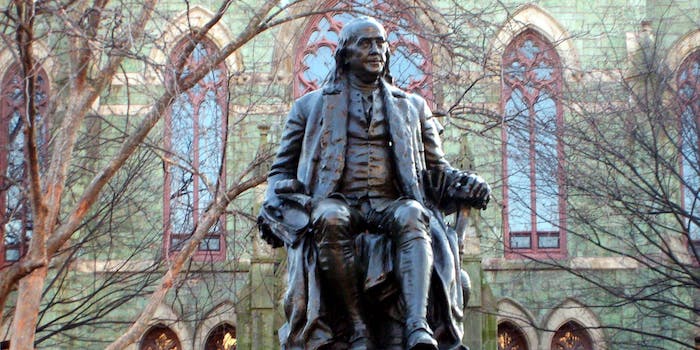 College men preying on freshman women is a trope so old, it’s often overlooked as just another unfortunate new-school-year tradition. But when an off-campus fraternity sent out a sexist email to the incoming women at the University of Pennsylvania, a group of students called it what it was: an example of rape culture.

Some gems from the frat’s poem-style email included: “We’re looking for the fun ones/And say fuck off to a tease” and “Tonight is your first showing/So wear something tight.”

UPenn junior Amanda Silberling was tipped off to the email, and with her friends, printed out over 600 copies of it with the words “This is what rape culture looks like” across its front, followed by resources for victims of sexual assault. They then plastered the email all over campus to call out predatory practices that single out freshman women. 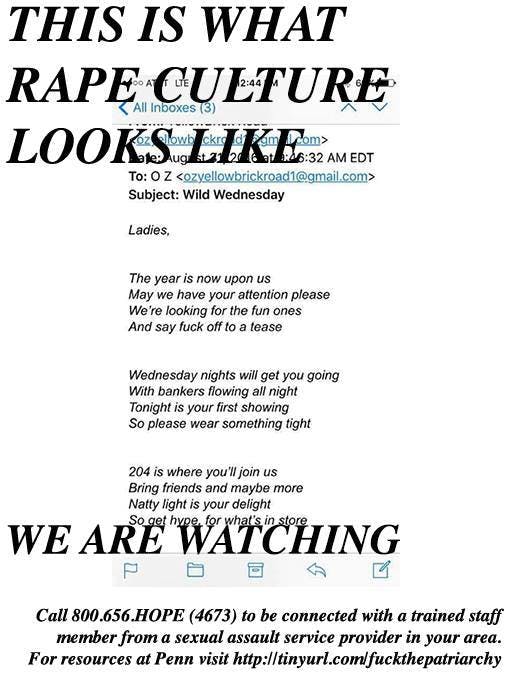 The group behind the email was identified as an off-campus organization known as OZ. The University of Pennsylvania Interfraternity Council denied any affiliation with the group. The university, for its part, released a statement to the Daily Pennsylvanian stating:

The text of the email was offensive and has no place at Penn. As the University has made clear in its policies and protocols, sexual harassment and sexual assault are unacceptable and will not be tolerated on campus. Challenging offensive speech, as these students did, is important and wholly consistent with the University’s ongoing efforts and the national conversation about preventing and responding to sexual misconduct.

A college senior identified only as Hannah succinctly put it best to the Daily Pennsylvanian: “We recognized that it was targeting freshman girls at one of the most vulnerable times in their lives.”