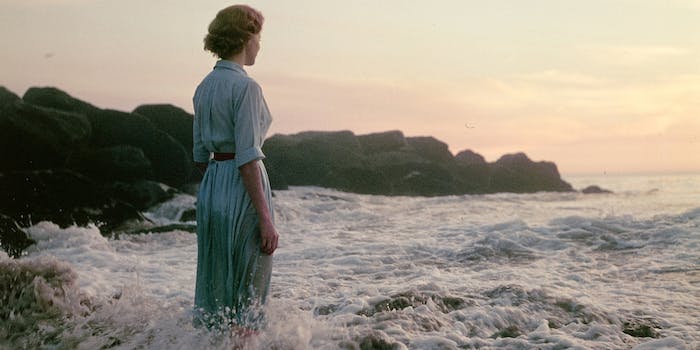 Who are the women in the water?

Meagan Abell is a professional photographer who loves the works of other artists as much as her own. So when she found a set of old slide transparencies taken by an unknown photographer in a Richmond thrift shop, her interest was piqued.

Little did she know when she finally developed the photos that she would reveal a 60-year-old mystery.

The negatives turned out to be from a stunning oceanside photoshoot featuring two unknown women. The first, a woman in blonde, wears a red dress as she walks along the shore: 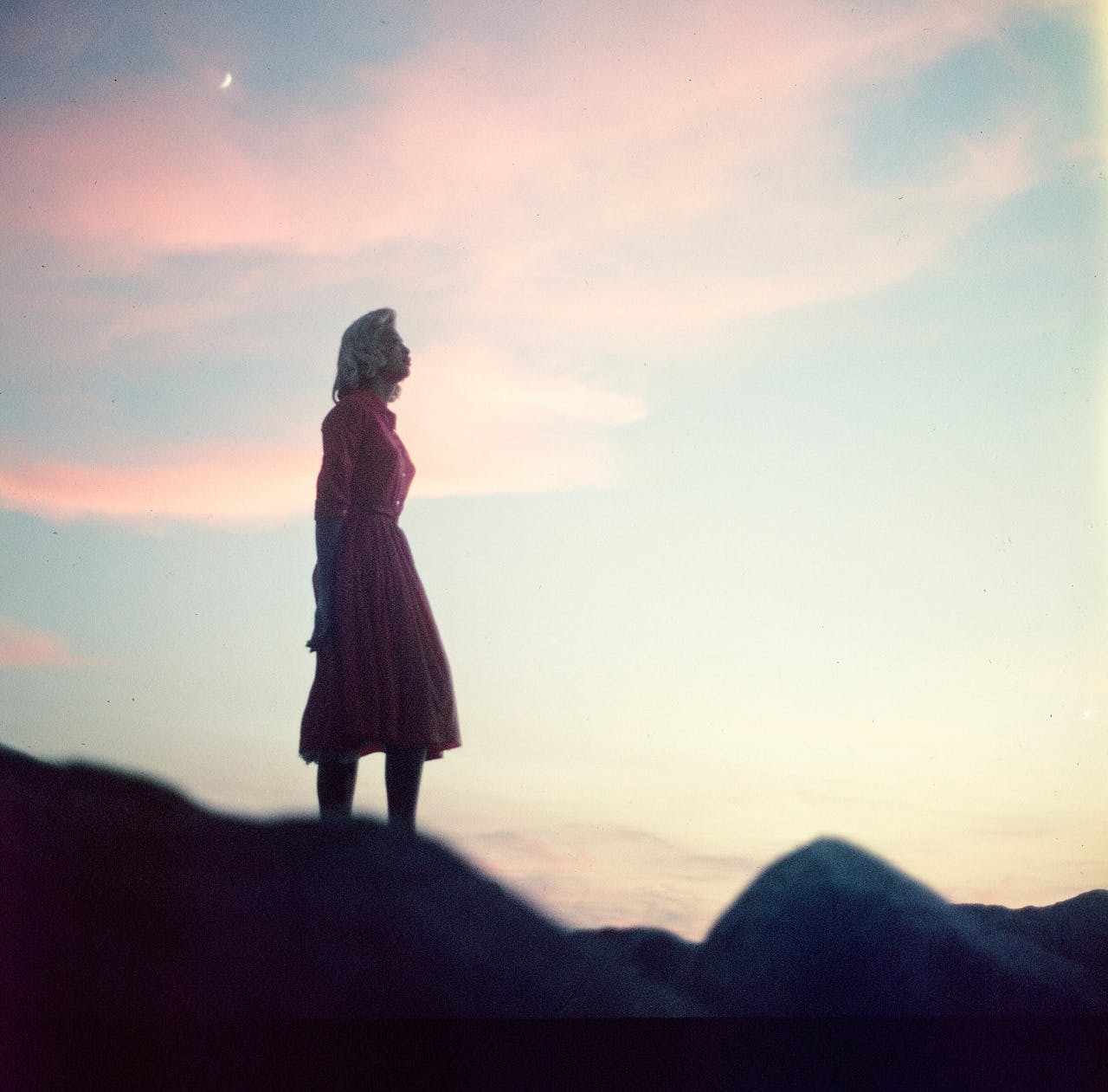 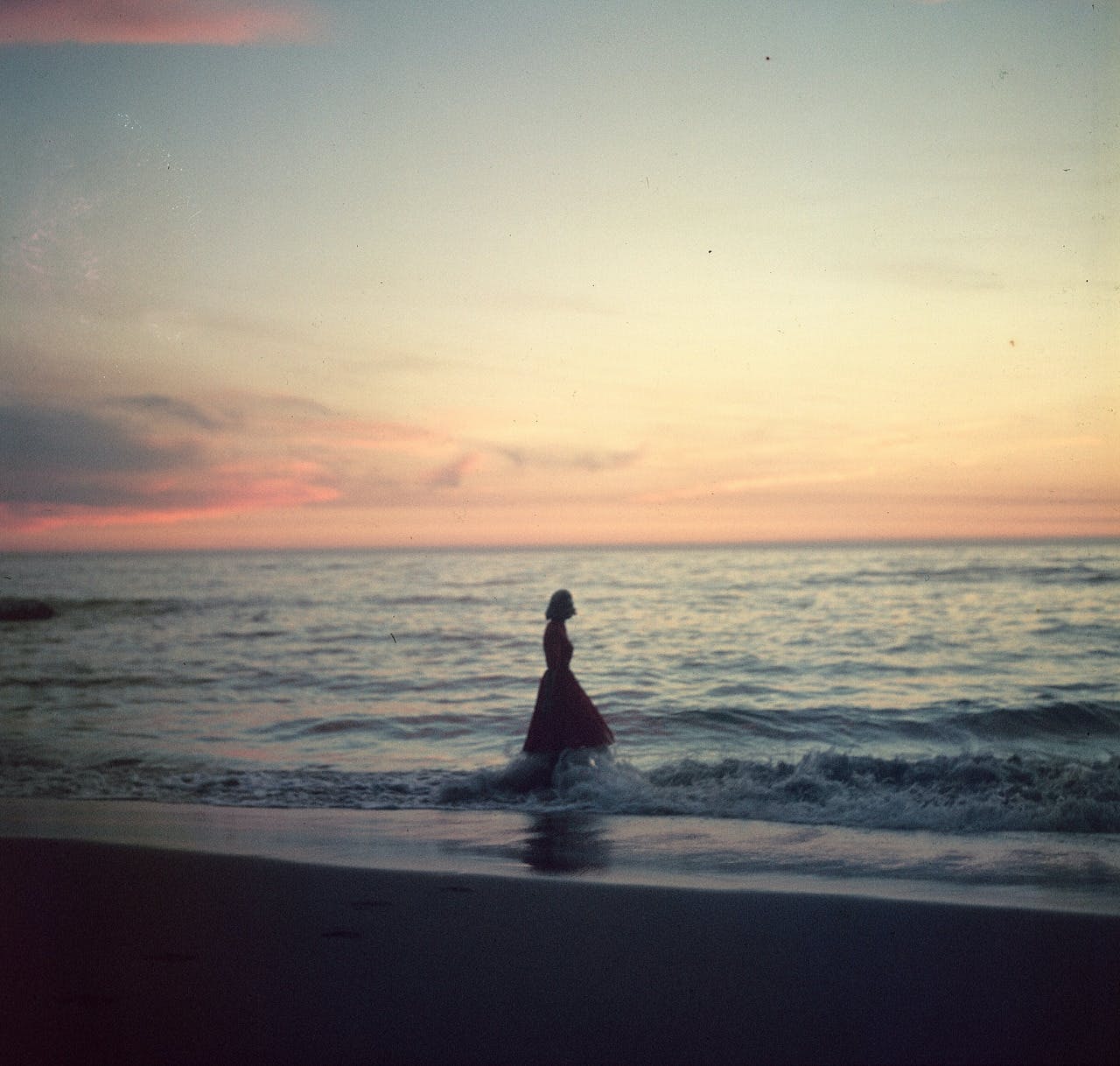 The second appears to be a woman in blue who may or may not be re-enacting the ending of The Awakening as she walks further out to sea: 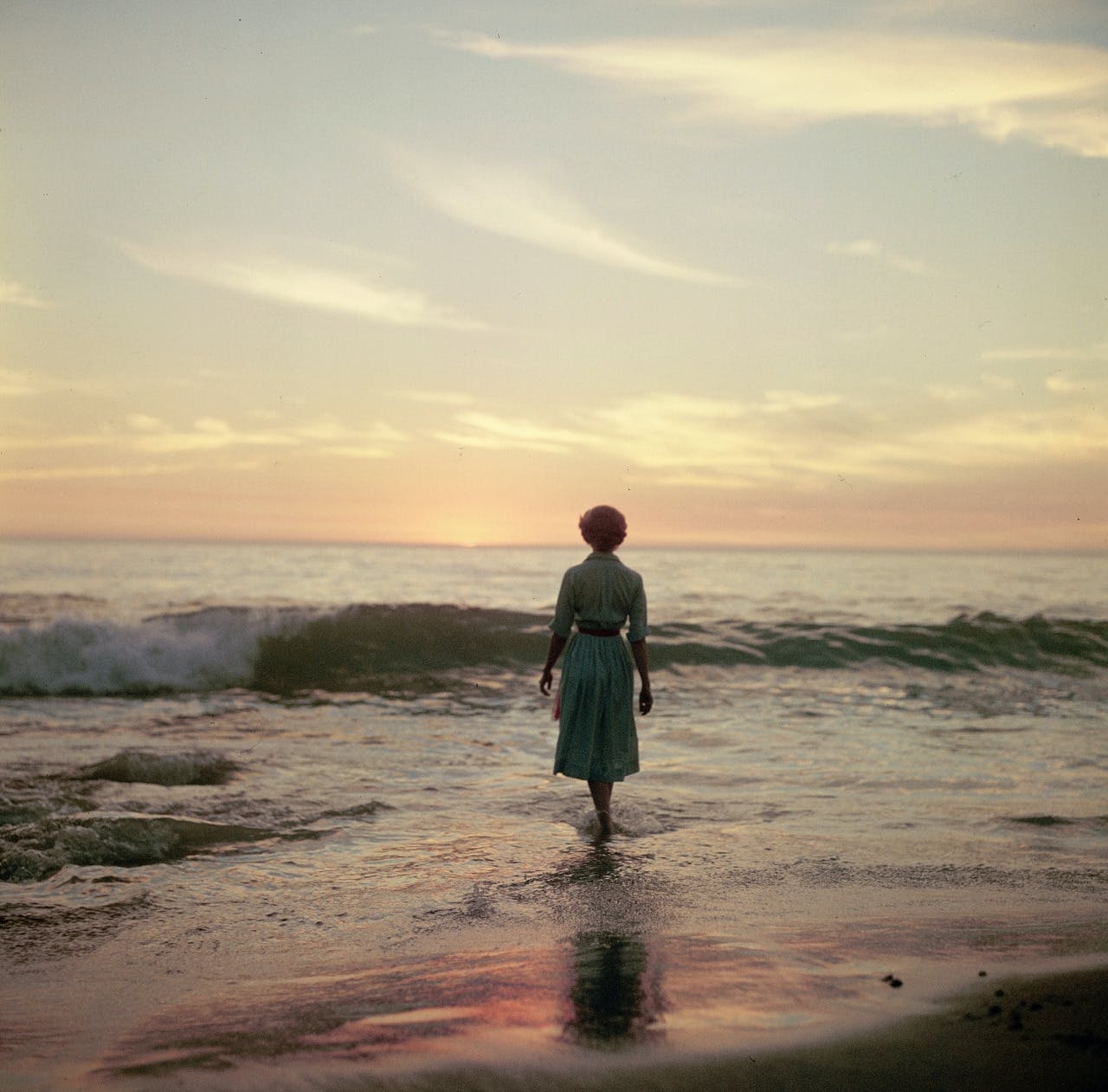 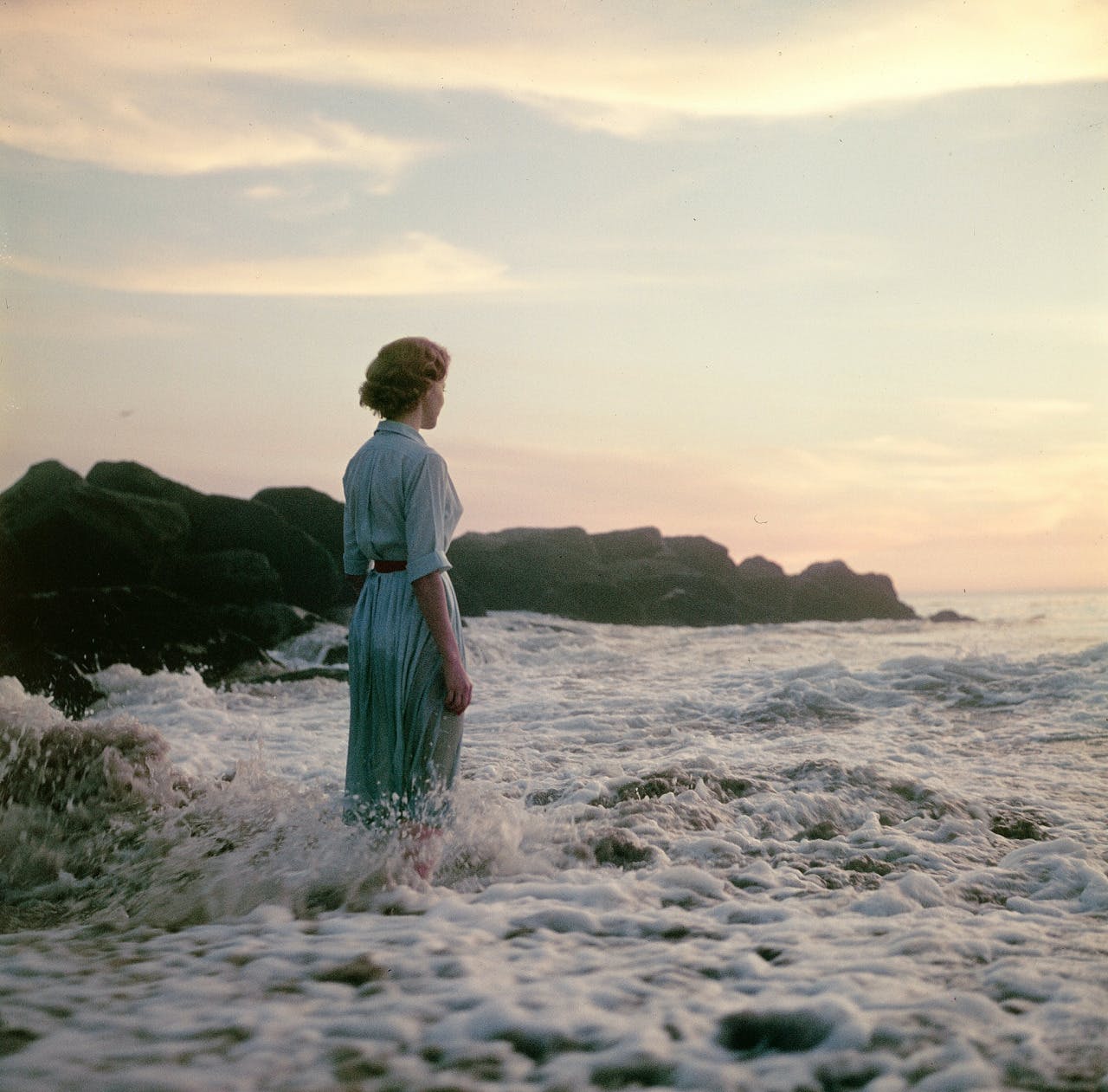 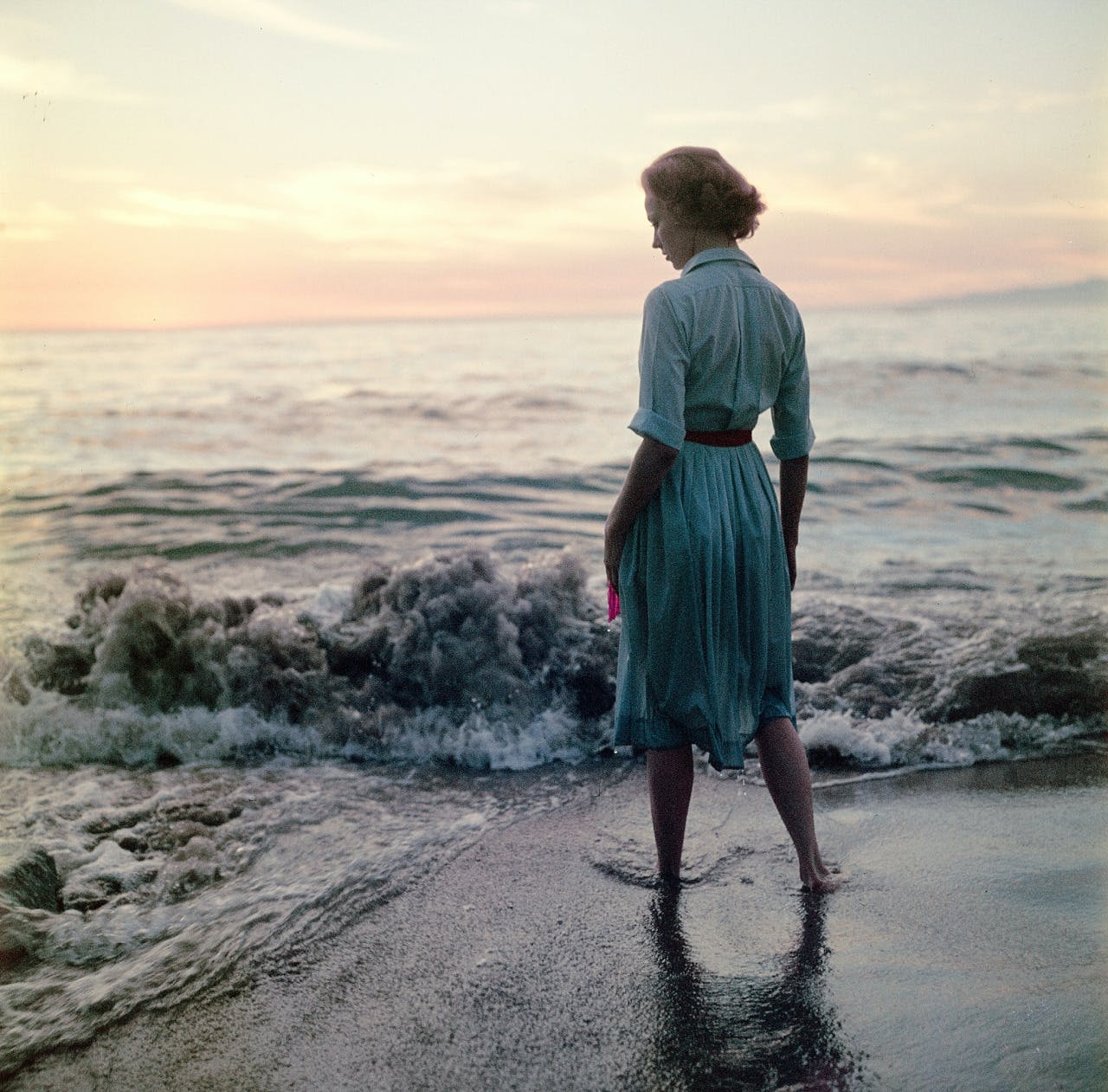 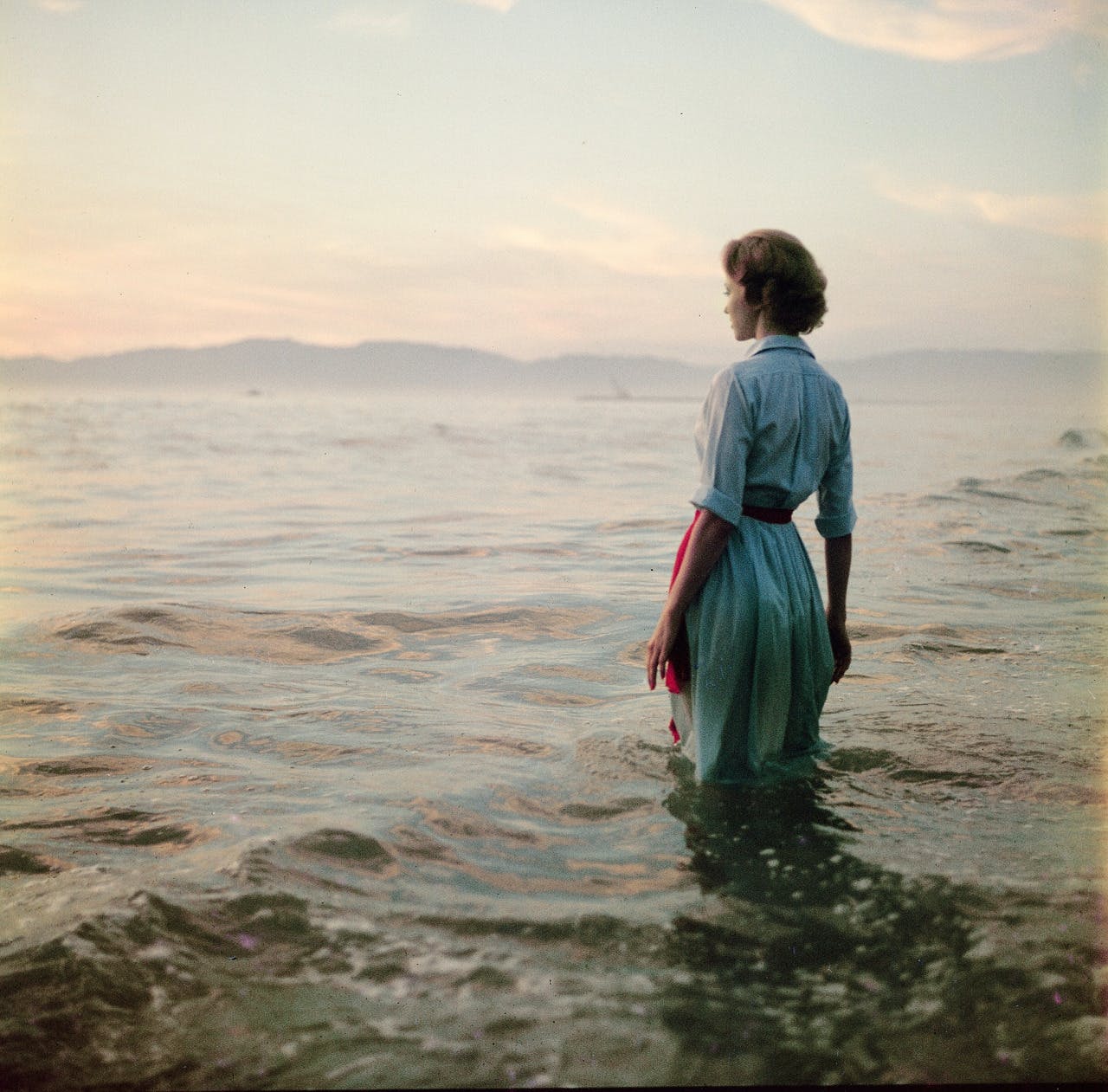 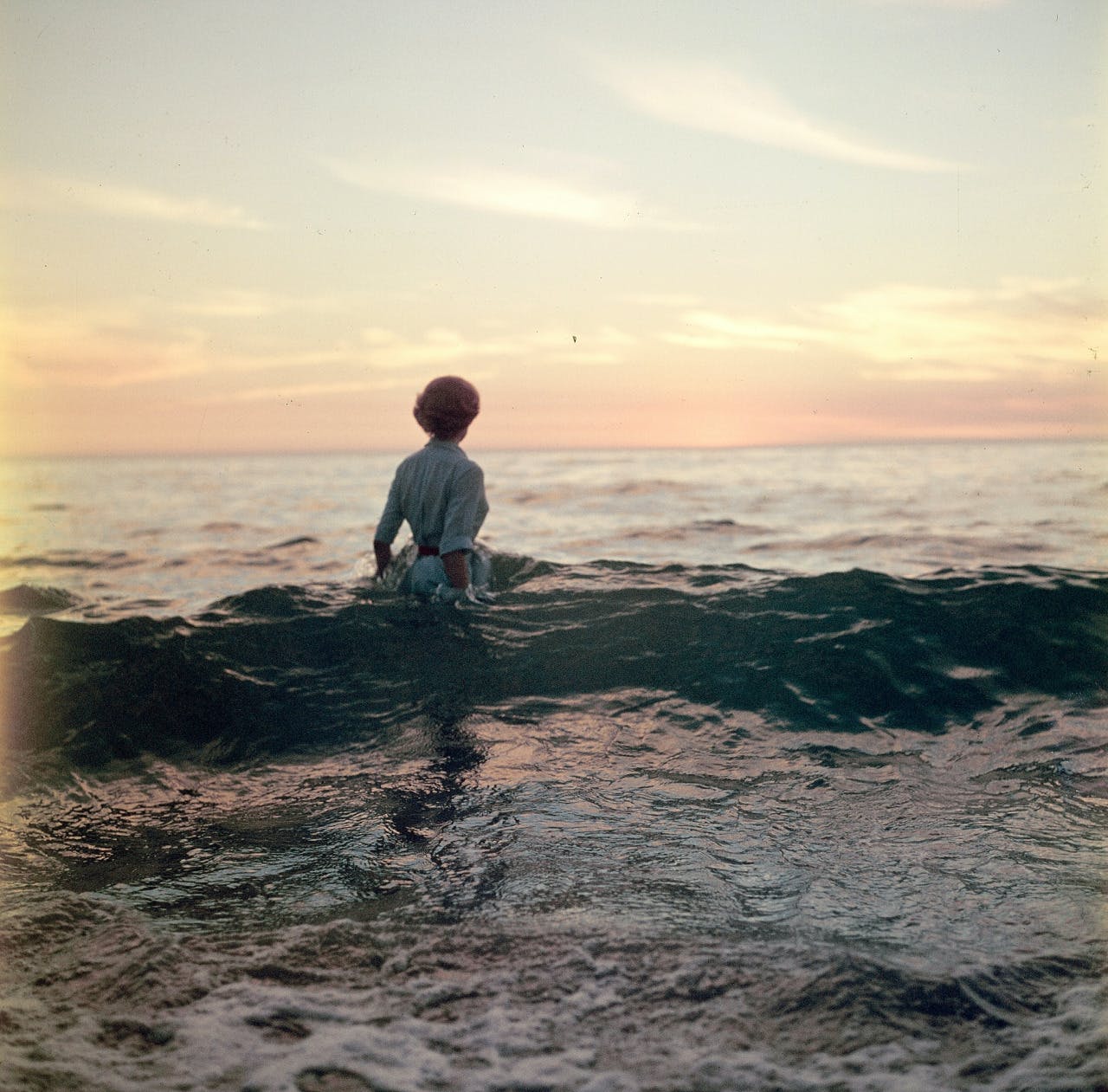 It’s hard to believe these photos weren’t taken last week, but Abell believes them to be from the mid-’50s. Once she saw them, she knew she had to find out who the models and photographer were.

Since then, using the hashtag #FindtheGirlsontheNegatives, she’s recruited the Internet to help her, turning to Facebook and Tumblr to seek information in posts that have each gone viral. And as the hashtag has spread to Twitter and Instagram, more people are trying to solve the mystery.

Tonight at 11, we talk with the Richmond woman who wants to #FindTheGirlsOnTheNegativeshttp://t.co/sG8Ti6LErN #RVA pic.twitter.com/1wqxOWe58M

The slides reportedly originated from a yard sale in the Shenandoah Valley, according to the owners of the thrift store who sold them to her—but the timeline involved is unclear—as is the question of how they may have traveled so far inland. The photos are believed to be from Dockweiler Beach, Los Angeles.

And while some Tumblr users have suspected the whole thing is a hoax due to the pristine quality of the prints, Abell insists the slide transparency footage was shot on “a medium format film camera,” and can’t be older than the ’70s.

So the mystery remains. Hopefully one of the many Tumblr and Facebook users who’ve shared her post will be able to shed some light on the women in the water, and their talented, unknown photographer.