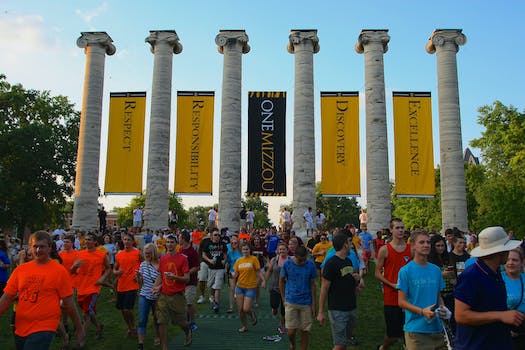 After months of student protests, faculty walkouts, and threats of a football team strike, the president of the University of Missouri system announced his resignation on Monday.

Timothy Wolfe stepped down from his position amid a storm of criticism over race relations incidents that included racial slurs on campus and a swastika smeared in feces on a residence hall wall.

The university’s administration was criticized for what students called a slow response to the incidents, and student protesters demanded Wolf’s resignation.

“The frustration and anger that I see is clear, real, and I don’t doubt it for a second,” Wolfe said before a room full of reporters at an emergency meeting of the Board of Curators, the school’s governing body. “I take full responsibility for this frustration. I take full responsibly for the inaction that has occurred. I’d ask everybody, from students and faculty and friends, to use my resignations to heal and start talking again, to make the changes necessary.”

“Use my resignation to heal and start talking again,” he said.

The tensions at the university spread online under the hashtags #ConcernedStudent1950 and #MizzouHungerStrike. One graduate student, Jonathan Butler, held a week-long hunger strike to add pressure to Wolfe.

Butler and other graduate students were supported by the school’s successful football team, which threatened to not play if Wolfe refused to resign. The players’ were backed by the head football coach, Gary Pinkle.

The Mizzou Family stands as one. We are united. We are behind our players. #ConcernedStudent1950 GP pic.twitter.com/fMHbPPTTKl

A football strike would cost the school over $1 million per unplayed game.

It remains unclear whether the players involved in the strike threat will lose their athletic scholarships as a result of the fight.