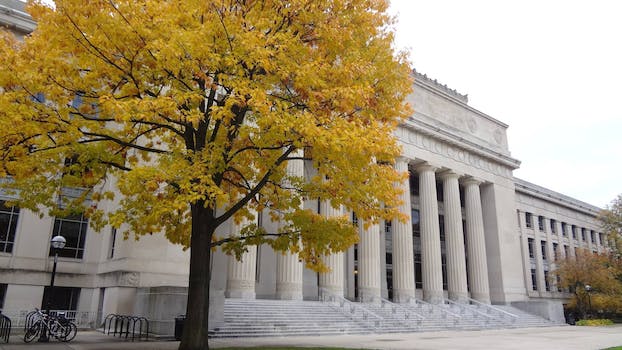 He believes identifying people how they want to be identified is arbitrary.

A University of Michigan student proved that he fundamentally doesn’t understand gender identity—or pronouns—after using a new school policy to change his preferred pronoun to “His Majesty.”

The policy allows students to choose their preferred pronouns, and would provide disciplinary action to professors if they don’t comply. In a campus-wide email, it was announced pronouns would now appear on class rosters, and that if professors mess up, “you can acknowledge that you made a mistake and use the correct pronoun next time.”

It also said using preferred pronouns is “one of the most basic ways to show your respect for their identity and to cultivate an environment that respects all gender identities,” and that disciplinary action would only occur if a professor repeatedly and intentionally ignored preferred pronouns. This is because misgendering, especially for non-binary people, is at best a frustrating and dehumanizing experience and, at worst, an act of violence.

Grant Strobl, a student and chairman of Young American’s For Freedom, apparently found this ridiculous, changed his pronoun to “His Majesty” (which, in the spirit of the very policy His Majesty finds so annoying, we will be using to refer to His Majesty from now on), and started the hashtag #UMPronounChallenge to protest.

The Daily Dot has reached out to Strobl about His Majesty’s decision, but His Majesty told the College Fix that “it is respectful to make a reasonable effort to refer to students in the way that they prefer,” but that His Majesty also believes pronouns are arbitrary, and that the university shouldn’t punish anyone for using the wrong ones.

Strobl has found a lot of support online for His Majesty’s challenge. Total Frat Move wrote that gender-neutral pronouns just make “everyday is a fun game of ‘let’s solve the puzzle in my pants,'” and that “when you inconvenience the entire world because you learned a hip new word you insist on being called, then you’re just an asshole.” Others have responded to Strobl with their own “arbitrary” pronouns.

However, others have brought up just how offensive it is to co-opt a policy that’s attempting to make more students feel accepted and safe.

If you did #UMPronounChallenge b/c you thought it's fun to exploit something meant for the consideration of others, you should be ashamed

On Let’s Queer Things Up, Sam Dylan Finch wrote about the dangers and disrespect of misgendering someone. “When you make the decision to not respect someone’s pronouns, what you are ultimately saying is that their personal truth is something you are more knowledgeable about than them,” he writes. He also says it could be physically dangerous: “We might also risk outing them as transgender to other people around us—folks who may not know they are trans, who may become aggressive or even violent if they realize this person is transgender.”

Kali Holloway also wrote for Salon about why using preferred pronouns matters. “It’s a matter of respect and it’s incredibly easy to do. There may be a learning curve involved, but it’s not particularly steep, and we likely all do far more inconvenient and maddening things every single day, from commuting to doing laundry to changing your oil. What does it cost any of us to refer to people as they want to be recognized?”

That learning curve is what Strobl doesn’t seem to want to climb, nor does His Majesty believe that anyone filling out “they” or “ze” as their preferred pronouns is willing to provide. As campus officials stated, if you mess up, you can apologize and correct your behavior. That “reasonable effort,” which Strobl cited as good, is what a policy like this encourages, and, in fact, makes easier to follow.

However, if we’re going to do our best to respect preferred pronouns, we have to respect all of them. We hope His Majesty feels more accepted and safe at the University of Michigan this semester.