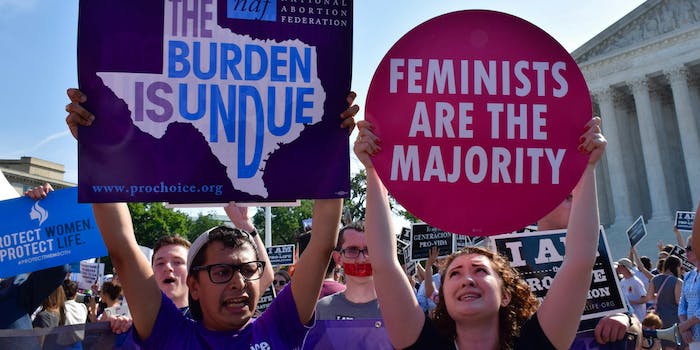 The ruling has already been challenged by the Justice Department.

A pregnant, undocumented 17-year-old in federal custody is entitled to an abortion, despite the Trump administration attempting to block the procedure, a federal judge ruled on Wednesday.

According to the Washington Post, District Judge Tanya Chutkan has ordered the government to allow and transport the teen, only identified as Jane Doe, to go to an abortion provider closest to her shelter in Texas for state-mandated pre-abortion counseling on Thursday, then to have the abortion the following day or Saturday. The teenager is not asking the government to pay for the abortion.

Chutkan said the teen’s immigration status had no bearing on her constitutional rights, including the right to an abortion, and that she could have injuries or health risks if her abortion plans are derailed by the government.

Despite the judge’s ruling, the Justice Department immediately appealed her decision on Wednesday night, asking the U.S. Court of Appeals for the D.C. Circuit for a ruling by 9 p.m. on Thursday in an effort to further prevent the teenager from having the procedure. The teen is in her 15th week of pregnancy; most abortions are banned in the state after 20 weeks.