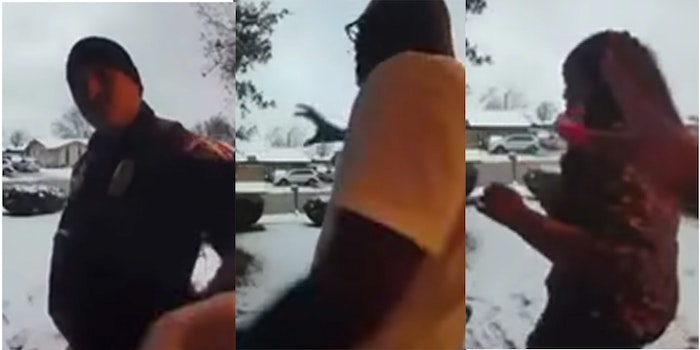 Unarmed Black man shot to death by cop at his home, in front of his family, during a ‘mental health check’

The shooting victim was 52 years old, and his life insurance policy had expired three months prior.

A 52-year-old unarmed Black man was shot to death by a police officer, in front of his home with family members present, during what was portrayed as a “mental health check.”