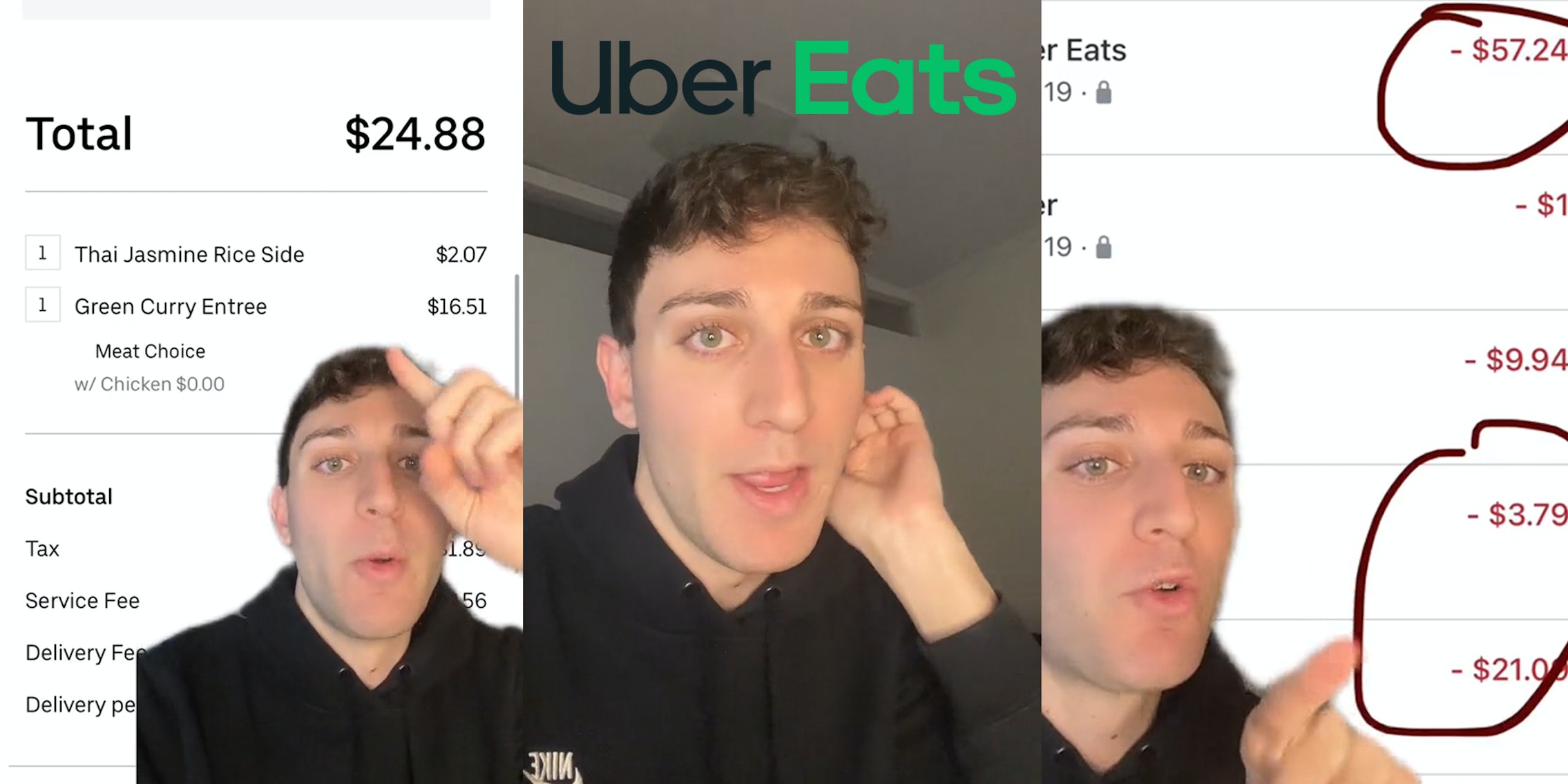 ‘They’re going to steal money from you’: Customer says Uber Eats charged him an extra $57 after placing a group order

'Do not user Uber Eats, specifically the group order feature.'

An Uber Eats customer is warning TikTokers not to use the platform’s group order function after he was allegedly charged an extra $57.

The customer, Alex Mutammara (@alexmutammara), posted a TikTok on Wednesday, saying that he still hasn’t been refunded for the extra charge.

Uber Eats launched group ordering in late 2019, but the feature didn’t gain much traction thanks to the COVID-19 pandemic. Group ordering allows Uber Eats customers to collaborate on orders and pay individually.

In his video, Mutammara says he tried the function, but it overcharged him for being the group leader, or the person who started the group order. He shows a screenshot of his Uber Eats receipt for his portion of the group order, which initially totaled $24.88 for him. The day after the order, he saw a “random” charge for $57. 24.

Mutammara says he contacted Uber Eats customer service about the charge but kept getting the same response. He shares a screenshot of a message from the support team apologizing for the inconvenience. The message says that the group order creator should reach out to Uber Eats support so they can troubleshoot the issue—but Mutammara was the creator.

The TikToker says he reached out to customer service again, but his case kept getting closed without a resolution. He adds that he did everything the customer service team asked of him, including sending screenshots and receipts from his order. Every time he submitted a new customer service request, they immediately canceled the new request and asked him to rate his experience, Mutammara says.

“All that to say, the $57 is definitely gone by this point,” the TikToker says in his video. “I just wanted to come on here and say do not use Uber Eats, specifically the group order feature, because they’re going to steal money from you.”

Mutammara isn’t the only one who has received unauthorized charges from Uber Eats. Other TikTokers commented that they had had similar experiences. Several said it was hard to get the issue resolved.

“I went back-and-forth with Uber a few months ago about a charge that was an authorized that I didn’t make. They kept on closing my chat &they wouldn’t,” one user commented.

“I’m so sorry :( hope they fix this feature. I have had issues both as a customer and a driver. They can’t even track people down,” a second user commented.

A third wrote, “That ALWAYS happens to me when complaining with Uber. I choose different problem category, or say not delivered and get refunded. Their [customer service] is trash.”

Some viewers shared suggestions for how to fix the issue.

“file a chargeback with your credit card company,” one viewer said.

Another wrote, “tweet about it! i only ever get help from ubereats if i call them out on twitter!”

The Daily Dot reached out to the creator via TikTok comment and to Uber Eats via email.