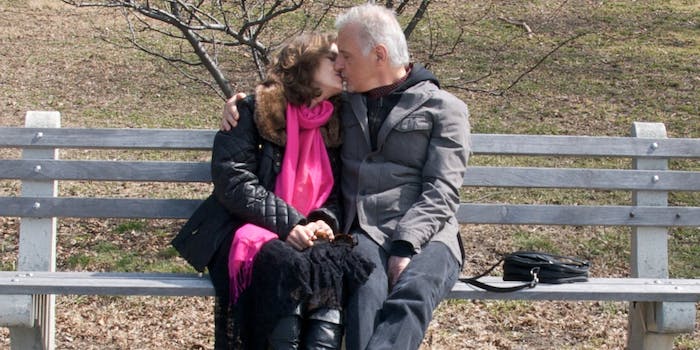 How many tweets does it take to fall in love?

For many singletons looking for love, Twitter has replaced steady dates, group outings, and phone calls as the preferred way to court the object of your affections.

The European electronics retailer Pixmania recently conducted a study of online relationships, and found Twitter was the most popular method of interaction, followed by texts and phone calls.

On average, the study reported that it only takes a month after meeting for couples under the age of 25 to solidify their relationship status, and just two months for couples over 55—an average of just 224 tweets, 70 Facebook messages, or 30 phone conversations before arriving at true love.

The ease of communication helps couples feel more confident in speeding up the process offline, too. 68 percent of individuals polled reported that they feel confident texting their date an average of 4 hours after the successful first outing to set up a second go-round—far from the traditional 3-day waiting period.

On the other hand, less than one in 10 people still write traditional love letters. Are we rushing into things and sacrificing meaningful communication for 140-character efficiency? Pixmania marketer Ghadi Hobeika doesn’t think so:

With the nation obsessed with constantly communicating with one another, modern technology is putting the speed into speed dating and encouraging more contact between budding lovers.

The days of penning a simple love letter to woo your new beau are over.

But those who date on Twitter, break up on Twitter—the study also found that nearly 40 percent of respondents had broken up with their exes either by text or a social media platform.

Twitter may be making it easier to move faster, but if a relationship is that easy to end via social media, it’s possible it was never all that real to begin with.