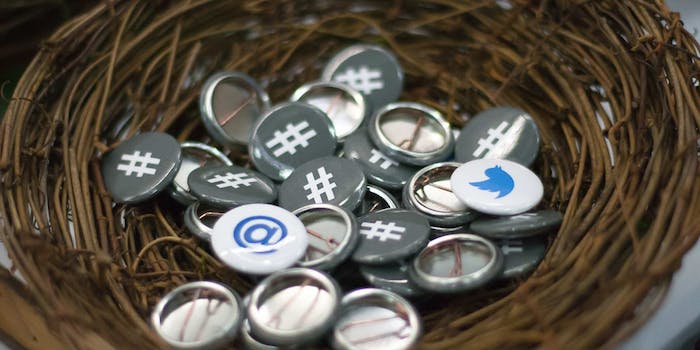 One study suggests that Twitter users are becoming more passive in their use of the microblogging site.

One of the best things about Twitter is that it fundamentally puts everyone—from multi-billion-dollar international media organizations to anonymous teenagers opining about Star Wars in their parents’ basements—on essentially the same footing. All users have equal ability to project their political opinions, bad puns, and misspelled hashtags into the Twittersphere. In contrast to the one-way interaction of traditional media, Twitter’s ever-chaotic exchange of ideas sits at the core of what makes the whole enterprise so exciting.

However, according to a study published this summer in the academic journal Marketing Science, Twitter may be headed toward a future as largely a passive experience with a growing cadre of individual users viewing content created by celebrities and commercial brands rather than participating in the conversation themselves as active participants.

“Get ready for a TV-like Twitter,” study author and Columbia University business professor Olivier Toubia said in a statement.

The study, which Toubia co-authored with University of Pittsburgh professor Andrew T. Stephen, started with a random set of just under 2,500 Twitter non-commercial, non-celebrity users and upped the number of followers of some of those accounts using “synthetic” accounts that the researchers had created. The purpose of the experiment was to determine what effect a sudden increase in followers would have on an individual’s posting habits.

For people with a relatively modest number of followers, there was a marked uptick in the frequency of their posts. But, after a while, the number of tweets often decreased to a level below where it was initially. “Users began to realize it was harder to continue to attract more followers with their current strategy, so they slowed down,” Toubia noted. “When posting activity no longer leads to additional followers, people will view Twitter as a non-evolving, static structure, like TV.”

Interestingly, the study found that, while many Twitter users responded to an increase in followers by posting more content, others significantly scaled back their output—presumably in an attempt to avoid accidentally posting something controversial and alienating their new followers.

The study argues that there are two primary reasons why an individual tweets: 1) to derive intrinsic value from the simple act of sharing something online (i.e., it’s fun), or 2) to gain more followers, thus boosting one’s sense of social prestige. When people first join Twitter, they’re more likely to fall into the first camp, but the majority gradually move into the second as their following grows. The study’s discovery that bumps in the number of tweets triggered by an increase in followers were short-lived, if not counterproductive, led its authors to the conclusion that Twitter’s legion of small-scale fame seekers are increasingly running into diminishing returns on turning their posts into new followers and just giving up.

“Twitter will become less of a communications vehicle and more of a content-delivery vehicle,” Toubia noted. “Peer-to-peer contact is likely to evolve to the next great thing, but with 500 million followers, Twitter isn’t just going to disappear. It’s just going to become a new way to follow celebrities, corporations, and the like.”

A Twitter spokesperson said that, while the company doesn’t keep track of the average number of tweets each one of its user sends out on a daily basis, the network is now regularly clocking over 500 million tweets per day.