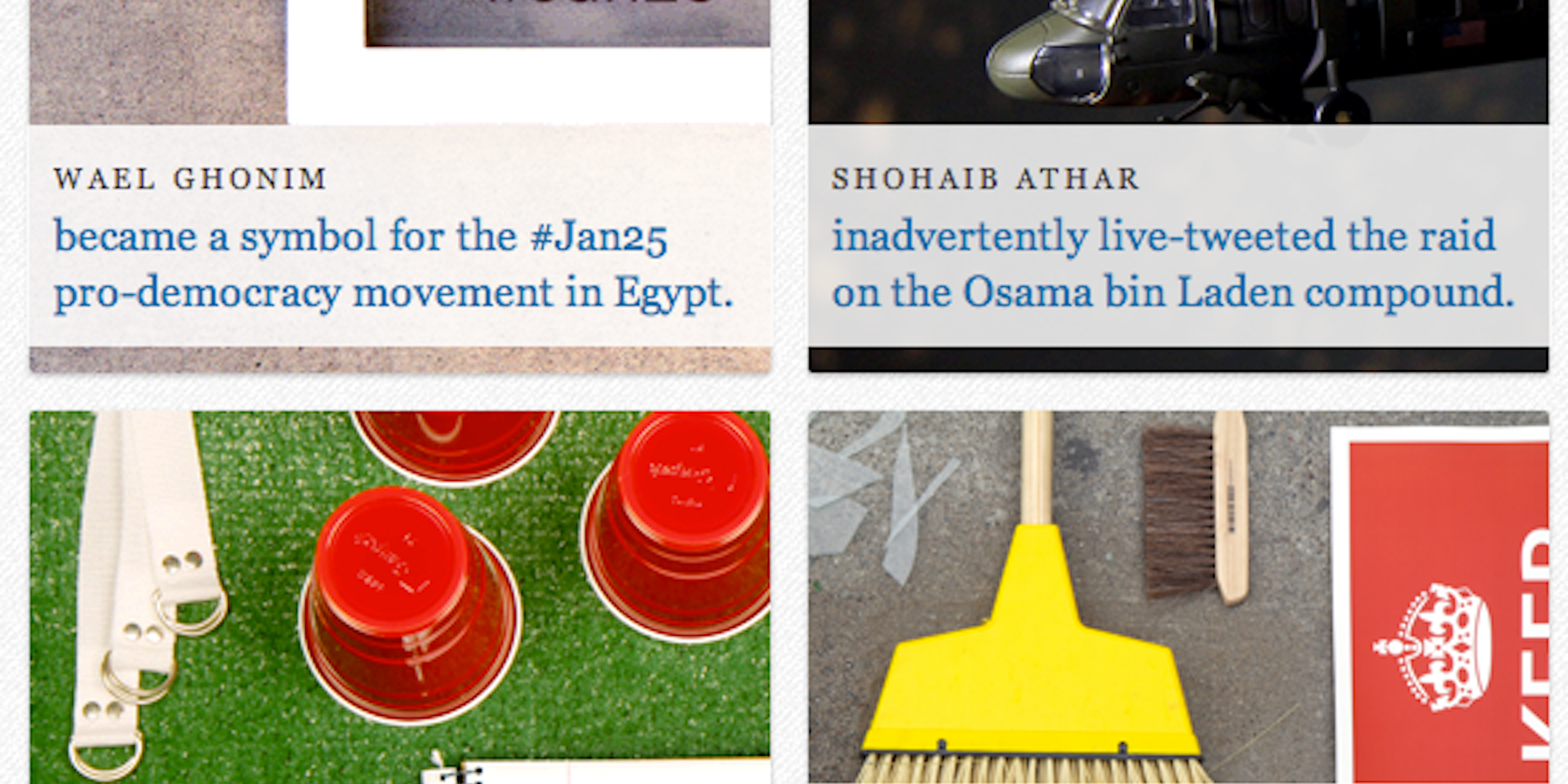 From Egyptian Internet revolutionary Wael Ghonim to a dad reunited with his daughter, people turned transitory tweets into unforgettable stories.

As 2011 draws to a close, Twitter Inc. has compiled a list of 10 tweets from 2011 that made the most impact or touched the most people’s hearts.

“Around the world, people sent more than 60 billion Tweets in 2011, each one reflecting a particular perspective and point in time,” Twitter wrote on its official blog. “To choose just ten of these to sum up the year is virtually impossible. Instead of attempting to identify the ‘most important’ Tweets of the year, we’re recognizing ten Tweets that are emblematic of the many resonant moments that happened first on Twitter—or could only happen on Twitter.”

Here’s a look at the top tweets, each featured on the recently launched Twitter Stories site, and why they were significant.