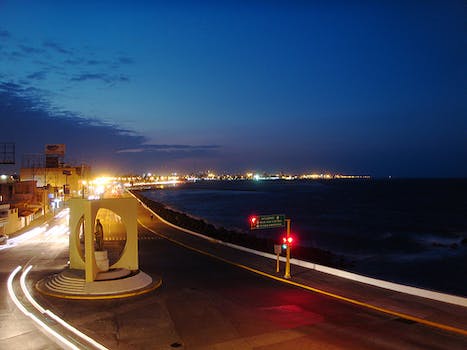 Tweeting rumors can be dangerous — even illegal

On Tuesday morning a series of Tweets originating in Veracruz, Mexico started rumors that some local police officers were among the 18 people arrested in a sweep targeting members of the Los Zetas cartel.

Initial Tweets — which have since been removed — did not have a link to a source article, temporarily raising fears that this may be another one of the many phony drug war reports being spread on Mexican social media. Subsequent postings on Twitter included links to the source articles published by mainstream news organizations.

The false information crisis was averted, and by Tuesday afternoon, much of the discussion linked to the  #veracruz  hashtag focused on details of the case, including alleged payments of 2,000 to 8,000 pesos the cops collected.

Two Mexican States, including Veracruz, are considering laws that would impose stiff fines on people who post information online that “disrupts public order.”

It’s not clear what impact, if any, these laws would have on tweets that are initially questioned but eventually prove to be factual.

For now, much of the controversy over the law has centered on the posting of false information that “disrupts public order” and whether or not a person can be held accountable under the new rules if they re-post information they believe to be factual but later proves to be false.

But the proposed rules may not just be targeting citizens who inadvertently post or re-post false information. They also  could be used to target the country’s violent drug cartels, which have grown increasingly tech-savvy in recent months.

There have been cases “in which cartel members tweeted about a shootout in a certain neighborhood for the purpose of diverting the police and military to that area,” allowing them to conduct operations in another neighborhood, according to an NPR report.

“We’ve seen infiltration by criminal groups who use social media to spread rumors that can create mass psychosis,” a veteran journalist in Matamoros, who asked not to be named, told NPR. “Far from calming people, it just makes them more panicked.”

The report did not give specific examples of when and where such instances have occurred, but a scan of Mexican Twitter and Facebook feeds suggest that most savvy users take information they find on social networks with a grain of salt.

Last month, for example, a vigilante group called Mata Zetas — literally, “Kill Zetas” — began posting videos and messages on the Internet, saying they were going to hunt down members of Los Zetas, the cartel believed to be behind the three social media murders. It took several days before posts linking the vigilante group to a rival drug cartel started appearing on Twitter.

The proposed laws are aimed at preventing incidents like one in Veracruz last month, where two people falsely tweeted that gunmen were taking hostages at a local elementary school. Twitter and other social networking sites have become an important source of information about drug cartels as newspapers and traditional media have backed off coverage of the gangs.

But the Tweets and blog posts do not go through rigorous vetting as they would if they were a news story. As many a 50 percent of all posts about the cartels on Twitter are re-tweets, meaning once a message is out, it spreads rapidly.

With the cartels making threats on one side and the government proposing crackdowns on the other, many who rely on social networks for information are growing worried. One Twitter user, @FelinousHacker, has begun tweeting links to a white paper that contains instructions on Spanish for enhancing anonymity in online communications.