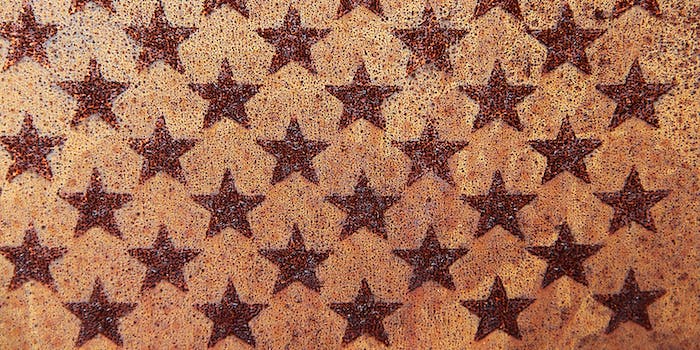 We star 1.2 billion tweets a month, and it’s making us lazy

Favorites on Twitter have quadrupled year-over-year, but what's the point?

Twitter is made of stars, and I don’t mean celebrities.

Favoriting tweets is not a new fad, despite what the Wall Street Journal has to say. Sure, the number of monthly faved tweets jumped to 1.2 billion in May, four times more than in May 2012, according to stats from Topsy.

The numbers make sense: Since a redesign of Twitter in late 2011 that made it easier to see who exactly was hitting the star button on your tweets (and, crucially, who’s faving the tweets of everyone else), the number of faves on @reply tweets has been increasing.

To place the data into context, It’s important to look at how and why faves are used.

For my first few years on Twitter, I used faves as bookmarks, intending to come back to an article or other information later. Eventually, I realized I was never going to check out that band Diablo Cody mentioned in 2009. I started using favorites as was intended, to give a quick nod to interesting or funny tweets.

But that’s really just made me lazier. I’m willing to bet its caused many of you to click a button rather than taking a few more seconds to reply.

Much of the time, faves are dished out as a cursory thanks. Like Facebook conditioned us to hit the Like button when someone wishes us happy birthday and later thanking everyone with a catch-all note, the favorite button is almost an obligation when someone praises you. It’s also much less effort than actually replying someone to say thanks. Win-win for the lazy.

As I’ve noted before, it feels nice when someone favorites one of your tweets. It’s a sign of approval from a peer and can give you an inflated feeling of self-worth. Hate-faves completely screw up that dynamic.

Hate-faving is a passive-aggressive move, the WSJ deeming it a sarcastic usage of the button. “When someone is totally awful, hitting ‘favorite’ is the most perverse thing you can do,” The Awl’s Choice Sicha told the paper.

Hate-faving a terrible tweet can give the recipient a false sense of approval, a social cue that their rotten opinion is actually one of merit. It’s a green light for them to continue with the same train of thought and can make Twitter a less fun place to be around.

Faving does have some uses. It’s a way of giving a thumbs up to a contentious tweet without being drawn into a public debate. Retweeting praise is often obnoxious, and faving is one way of showing your appreciation without having to flood your followers’ timelines with people saying how great you are.

Faves are also used to bubble up popular tweets on third-party service Favstar. A peek at the Activity page on Twitter’s website or app shows you the tweets those you are following have faved, and can act as a way of introducing you to interesting people. But faves seem to serve as more of an ego boost than anything.

The data doesn’t lie. The stars are out in force on Twitter. We’re just wondering what the actual point is.