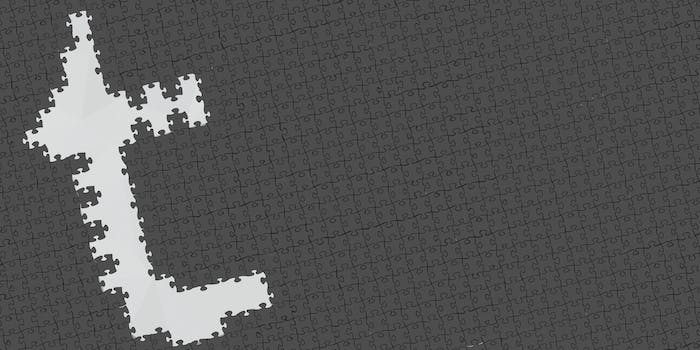 Elijah Llinas lives with bipolar II disorder. As Human Kitten, the 19-year-old writes songs about his mental state and posts them to his Tumblr.

Looking to combine his mental health issues with his music, Llianas launched a project called Music of the Mentally Ill, a collection of songs by openly mentally ill artists, one month ago on the blogging platform.

“I was restless and wanted to do something good for people,” he said. Using Tumblr’s tags to find other people with mental health issues who might be interested in and appreciate his music, Llinas was able to reach an audience that would benefit from his idea.

“Tumblr is a good way to reach out to people who are struggling. … I wanted anyone who felt reclusive and unheard to be able to know they could become a part of my project in order to have their voice heard and their existence recognized.”

Tumblr is known for fostering community, connecting individuals through tags and reblogs. The site’s dashboard allows users to see everything their friends are posting in one streamlined location, and to follow, share, and reply to everything they see and like.

Through its tagging system, users can quickly find a lot of people with similar interests, whether its pop culture reaction GIFs or social justice activism. Among the biggest and perhaps most useful tags are “mental health” and “mental illness.” Both tags are frequently updated, with new posts added almost every five minutes, and have been prominently featured as part of Mental Health Awareness Month.

“[Y]ou can feel like you’re part of a conversation (as opposed to writing a post and then allowing people to comment on it) while still maintaining this more private/individual writing space,” noted Elise Nagy, a 22-year-old in Chicago who wrote her thesis on women’s mental illness narratives.

Nagy runs a mental health blog that she asked not be named. Other Tumblr users have described it as a great place for mental health resources, though Nagy preferred to say her blog, which she launched in 2009, was just her “cyber diary” that happens to contain information about mental illness because the topic features prominently in her life.

“It sort of lulls you into this false sense of privacy, or of knowing your audience and community, which lets people be more honest and vulnerable sometimes.”

That honesty is crucial. Dr. Bulbul Bahuguna, a psychiatrist and author of the recently released novel, The Ghosts That Come Between Us, said it’s important for people to confront their issues and that silence doesn’t help healing.

“To be brave is to be honest,” she advised.

Tumblr, of course, isn’t the only place where mental illness is discussed at length online. Allie Brosh’s blog Hyperbole and a Half recently posted an update to a comic about depression Brosh wrote, titled “Depression Part 2.”  It garnered 5,000 supportive comments in just six days. The Internet, it appears, is eager to rally around people whose struggles are relatable, to find a community of support and understanding.

Nagy said her Tumblr friends have become their own mental health support community. “That’s just a bunch of people who (usually) have had their own experiences dealing with mental illness and have become my friends and empathetic ears, who regularly read my blog and talk with me and vice versa,” she wrote.

For Nagy, Tumblr is one of the only places people open up about their mental health without stigma.

“To write about mental illness you have to fight this vicious cycle, which is basically your depressed/anxious brain telling you that you’re awful and no one cares about what you think, and you have nothing of value to say, and if you write it won’t matter, or it’ll be terrible,” she wrote.

“So you don’t write, and it festers, and no one talks about mental illness, and the huge stigma and silence surrounding it just keeps growing. So to kind of plow through that and write about it anyway and have people get something positive from it is kind of revelatory, in my opinion.”

The con, if there is one, is that some people self-diagnose using information they found on Tumblr, leading to confusion about what that illness actually means. For instance, the BBC Sherlock fandom often discusses at length a bit of dialogue in which Sherlock refers to himself as a “psychopath.” The label is misused, some say, and has led to misinformation about sociopathy, who qualifies as a psychopath, and a liberal overuse of the word as an identifier for people who have never received an official diagnosis.

“Naturally,” Nagy said, “when you have a large concentration of mentally unstable people in one place it can sometimes exacerbate and normalize behavior that its actually really unhealthy, and is better discussed with an actual, in real life psychiatrist who can help you much more.”

Tumblr’s mental health community is also full of humor. Recovery and healing doesn’t have to be all doom-and-gloom or pity parties. The Alcoholics Anonymous’s Big Book, for example, states of being in recovery, “we are not a glum lot.”

The same can be said for the mental health community on Tumblr. With the popularity of GIF-based, relatable blogs like #whatshouldwecallme, inevitably came copycats for the gripes of specific groups. The mental health community has Anxiety and Humor, subtitled “anxiety with a dash of humor.” The Tumblr contains humorous GIFs for relatable anxiety- and panic attack-related situations, like “when I panic and then after I’m so tired” or “when I stop letting my anxiety control me.”

There’s also a few mental health memes, including Mental Illness Mouse, a little mouse on a green background that deals with all the ignorance and miseducation regarding mental health problems, and Calming Manatee, a manatee that spouts relaxing rhetoric and tells you you’re going to be OK. There are actually, according to the Mental Illness Mouse page, a bunch of different specific mental health advice animals, ranging from ADHD Aardvark and OCD Otter to Eating Disorder Elephant. 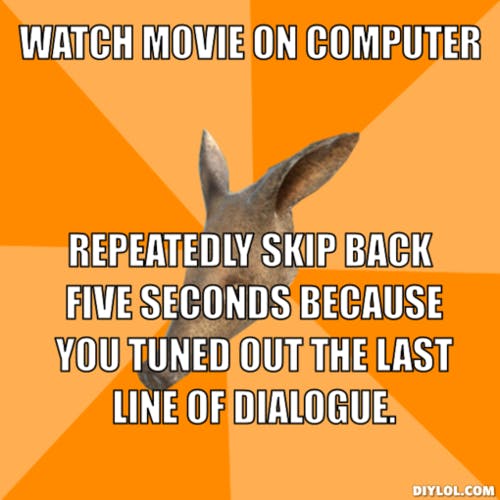 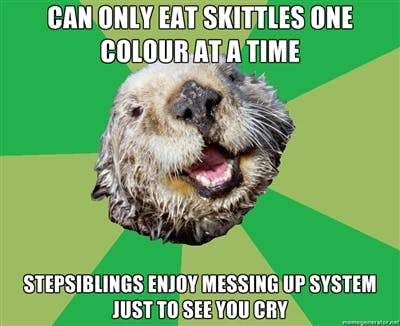 Humor, and the ability to share that humor with others, is incredibly important in helping the mentally ill live day-to-day with their illness, said licensed clinical social worker and therapist Barry Erdman. He stressed the importance of being able to laugh at yourself through struggles.

“Being reminded by someone who cares, that there’s alternative ways to address a problem when one is feeling stuck, can be refreshingly insightful and uplifting,” the Boulder, Colo.–based therapist said.

“We all deserve to lighten up every now and then and be reminded to stop being so parental and over-controlling with ourselves.”

One of the popular mediums is, like Brosh’s site, comics. Sophie Wright, 19, draws cartoons illustrating her struggles with anxiety under the Tumblr name snapdraws. The Yorkshire teen said Tumblr is especially good for an illustrator because the reblog features makes sure a wide audience sees and can benefit from her comics.

“It’s difficult to show people an illness that isn’t physical,” she wrote, “so getting it down in a clear, concise visual way (like a comic) is a really good format to educate people with.”

One comic comparing anxiety and depression to not having an umbrella in the rain, and discussing the misconceptions people in her life have about her illness has amassed over 73,700 notes since it was posted six days ago.

One user commented: “This is so true its painful. Just wow. As someone who has only recently been diagnosed, I can say this is so accurate, and if you don’t know what’s wrong, its so so hard to deal with.” Another shared her ex-boyfriend’s inability to understand her depression, while some just wrote: “THIS. SO MUCH THIS.” 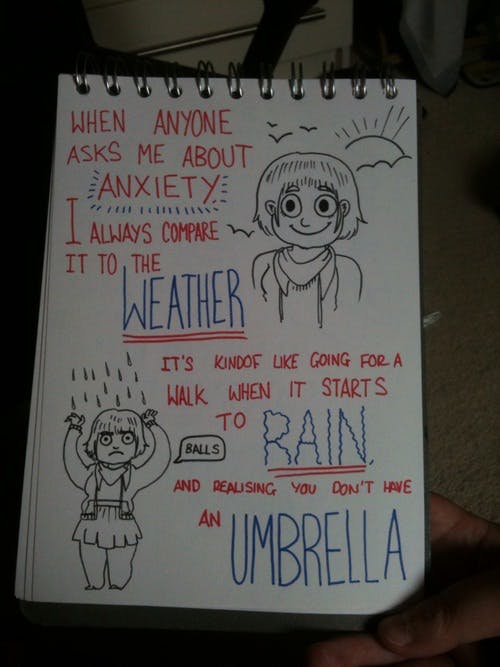 Nagy said seeing all these funny, brilliant Tumblr users who also suffer from anxiety and depression made her feel better about her own self-worth.

“The Internet (and Tumblr specifically) has given me a great low-pressure platform to talk about my own mental illness and read about other people’s and, as cliched as it is, there’s something really valuable in finding out that you’re not the only one going through something (far from it),” she wrote.

Through GIFs, comics, and confessionals, Tumblr helps humanize the actual people living with mental illness, putting a face to a widespread, underhelped problem.

“Blogging is perfect for that; it’s an ideal way to get personal stories out into the world to help reshape what people think when they think of mental illness,” she said. It can also be a way for people who don’t have problems with mental health to find out the small things they can do to make someone they love’s life a little easier. Tumblr opens that dialogue.

“It’s kind of like having a mental health support group—like an Alcoholics Anonymous meeting,” Wright said, “except everyone’s hooked up by a internet connection and a blogging site instead of meeting up once a week on Thursdays.”