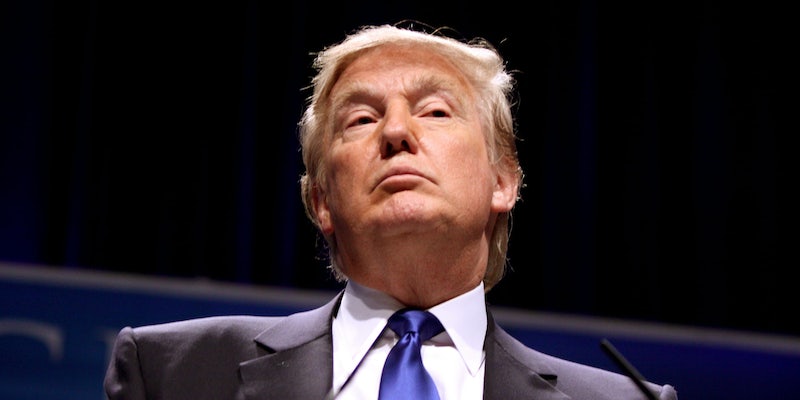 'These American children should not have to choose between their country and their family.'

The lawsuit is the first to challenge the administration’s decision and is being brought by nine TPS status holders and five of their U.S. citizen children. The complaint will be filed with a district court in San Francisco by the ACLU Foundation of Southern California, the National Day Laborer Organizing Network (NDLON) and law firm Sidley Austin.

It argues that the “new rule violates the constitutional rights of school-age United States citizen children of TPS holders, by presenting them with an impossible choice: they must either leave their country or live without their parents.”

The Trump administration controversially ended the protections for all individuals from El Salvador, Haiti, Nicaragua, and Sudan back in January.

Immigrants from ten Central American and African countries have been afforded TPS since it was signed into law by President George H.W. Bush under the Immigration Act of 1990, many building businesses and raising families in the U.S. in the decades since.

Salvadorans make up 262,000 of the beneficiaries, more than half of the overall 436,000 TPS immigrants. Many came to the U.S. after two earthquakes devastated their country in 2001 or during the 1990s, fleeing a civil war.

According to a 2017 report by the Center for Migration Studies, 51 percent of Salvadoran TPS beneficiaries have resided in the U.S. for more than 20 years and 34 percent own a mortgage. The Department of Homeland Security has given them until September 2019 to leave or change their immigration status before deportations are enforced. As far as the DHS is concerned, the conditions under which the status was granted no longer exists.

Still, advocacy groups like Refugees International have protested that the country, although rebuilt, still suffers from severe economic problems and violent organized crime.

“This is a bad decision,” Refugees International president Eric Schwartz told The Guardian reflecting on Trump’s decision. “Given conditions in El Salvador, the return of hundreds of thousands of law-abiding residents of the United States who have been here for nearly two decades is just wrong. It’s wrong ethically and in terms of U.S. interests in stability in El Salvador.”

The lawsuit filed in California, however, will make its case against separating families and the constitutionality of the new policy. ACLU legal director Ahilan Arulanantham putting it quite simply: “These American children should not have to choose between their country and their family.”